Call of Duty: Warzone has officially announced its final season, as the new Warzone 2 is set to release sometime soon along with Call of Duty: Modern Warfare 2.

As per our previous report, Activision Blizzard (ABK) plans to replace Call of Duty: Warzone with the game’s sequel, aptly named COD: Warzone 2, later this year. Unfortunately, ABK also announced that battle royale players wouldn’t be able to transfer their progression, currency, and stats they earned while playing Warzone into the upcoming Warzone 2 — though they enabled progression transfer between Overwatch and Overwatch 2. Amidst all the announcements, ABK is still hard pressed to sell the current Warzone to players, and it just announced the game’s final season.

According to IGN, ABK is still working hard to maintain the player’s financial support towards the current Call of Duty: Warzone, considering that the game is entering the final stages of its life cycle. Players are very disappointed that ABK doesn’t allow progression transfer between the current game and the upcoming Call of Duty: Warzone 2, which prompted a vast number of players to stop investing in the title while waiting for the sequel to drop. So, ABK did what they do best, and that’s adding another season to the game, thus enticing gamers to spend play some more.

The upcoming final season of Call of Duty: Warzone will be named Last Stand and revolves around a league of the franchise’s villains led by Black Ops 2’s Raul Menendez. Other prominent villains set to appear are Modern Warfare’s Khaled Al-Asad, Ghosts’ Gabriel T. Rorke, and Black Ops 3’s He Zhen-Zhen. Season 5 of the popular battle royale will arrive on August 24, and while there’s no date confirming the release of Call of Duty: Warzone 2, the release of the final season signals the approach of the new game.

As expected, the final Call of Duty: Warzone season will also feature a new battle pass and a plethora of content to unlock, including energy rifles and SMGs. In-game-wise, the island of Caldera will experience massive volcanic activity, with plenty of flowing lava and molten rock to hinder the player’s advance as the bullets fly by, and falling molten rock is something that would require seeking cover — bringing a whole new meaning to the term “cover fire.”  But that’s not all, and there are minor updates on the game’s technical side as well.

For example, the new update will improve the game’s lighting system, introduce warmer colors, and improve the interaction between the sunlight and the in-game environment. Despite the upcoming shutdown, this actually won’t be the last update to the game since ABK already announced a mid-season update for Call of Duty: Warzone, though nobody knows whether it will only introduce more content or there are upcoming changes to the game’s inner workings. 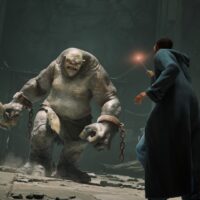 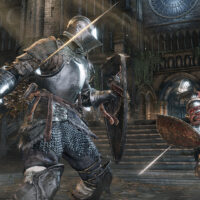