She's back for more madness.

Lady Gaga may be playing Harley Quinn in the upcoming sequel Joker: Folie à Deux, but if so that doesn’t mean Arthur Fleck’s fantasy lover from the first film will be forgotten. According to a new report, Zazie Beetz is on her way back for the sequel. We can only hope that with Fleck having a presumably more flesh-and-blood girlfriend this time around, Harley doesn’t decide to get jealous and violent with the woman who commanded his dreams in 2019’s Joker.

Deadline broke the news on Monday that Zazie Beetz was in talks to reunite with director Todd Phillips and lead actor Joaquin Phoenix for Joker 2. Provided everything goes well, Beetz will join the rest of the cast and crew when they begin filming in December. The sequel is currently scheduled to hit theaters October 4, 2024.

In Joker, Zazie Beetz played Sophie Dumond — a single mom and neighbor of Arthur Fleck’s who has a brief, wordless interaction with him on the elevator of their apartment building. From that brief meeting, Joaquin Phoenix’s character builds an elaborate fantasy romance. It isn’t until toward the end of the film, just before his televised murder of talk show host Murray Franklin (Robert De Niro), that Fleck realizes not only was the relationship between him and Sophie a product of his imagination, but that he’s barely ever spoken to her in real life.

Immediately after the release of Joker, there was actually some question as to whether or not Zazie Beezt’s character survived the film. After Fleck discovers the romance was a fantasy, the film cuts to the hallway outside her apartment where he’s walking away. Some interpreted this as meaning Arthur Fleck had murdered her off screen. The month after the release, Todd Phillips spoke to IndieWire and used the opportunity to clear the air, saying that Sophie was not killed. “He doesn’t kill her, definitively,” Phillips said. He also explained that even though Fleck was a “villain,” he lived by rules. “Most people that I’ve spoken to think he didn’t kill her because they understand the idea that he only kills people that did him wrong,” Phillips explained. “She had nothing to do with it. Most people understood that, even as a villain, he was living by a certain code.”

While she may be best known for her part in the acclaimed series Atlanta, including her 2018 Emmy nomination for Best Supporting Actress in a Comedy Series, Zazie Beetz is certainly building plenty of nerd cred in the comic book adaptation world. Along with playing Sophie in the Joker films, she voices Amber Bennett — the hero’s love interest — in Amazon’s animated Invincible series, and in 2018 she became the first actress to play a live-action version of the mutant hero Domino in Deadpool 2.

Like Sophie in Joker, Domino survives the events of Deadpool 2 and a few months ago Zazie Beetz addressed the subject of whether or not she’d be in the upcoming Deadpool 3. Speaking to Screen Rant in March, Beetz said, “I am so excited. I am crossing my fingers, hoping that Domino will be a part of this and if not, that’s also all good.” She also broached the possibility that she might not make it into Deadpool 3, but could possibly still be a part of Marvel’s future. “If it’s not this, maybe I’ll do my own Domino origins or something like that,” Beetz said. I would love to do something in that space… So yeah, I’m excited. But we’ll see what happens.”

Related:
A Batman Film Was Pulled From A Film Festival

Before Marvel’s acquisition of Fox, it was assumed that Deadpool 2 would lead to Ryan Reynolds, Zazie Beetz, and Josh Brolin starring in an X-Force film. We’ll have to wait and see if that’s a possibility, as well as hopefully discovering whether or not the MCU will get to meet Josh Brolin’s Cable, with everyone giving him a “you sound really familiar” line. 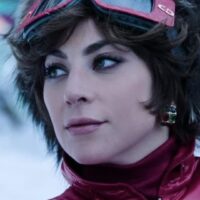 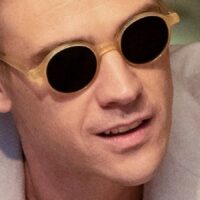