A sequel for 2007’s post-apocalyptic action thriller I Am Legend is officially in the works at Warner Bros. With the original film’s writer Akiva Goldsman returning to pen the follow-up, as well as Will Smith and Michael B. Jordan set to star, it already has all the makings of a hit. The Hollywood heavyweights will also produce the project alongside Goldsman, Deadline reports. Interestingly, Will Smith initially rejected the idea of doing I Am Legend 2. Now, the actor who is known for his reluctance to appear in sequels, has revealed what changed his mind. In an interview with Entertainment Tonight, the King Richard star said it was Michael B. Jordan’s pitch that had him hooked.

“The idea came up,” Smith told the publication at the Santa Barbara International Film Festival. “I can’t talk about it yet. But it’s a really, really cool concept and he [Jordan] was a part of creating the idea.” The Fresh Prince alum added that it was one of those projects he planned to leave alone. But after hearing the premise he thought, “That might work. I think we can do that.” The I Am Legend sequel is still in the early stages of development so there’s a lot of mystery surrounding the plot. But the follow-up will be the first time that Will Smith and Michael B Jordan work on a project together.

It’s unclear if director Francis Lawrence will be returning for the sequel. Loosely based on Richard Matheson’s 1954 novel of the same name, 2007’s I Am Legend is set in New York City after a virus, originally created to cure cancer, wiped out most of mankind. Army virologist Robert Neville (Will Smith) remains as the last human in New York, other than nocturnal mutants. Immune to the virus, he works to develop a cure while defending himself against the hostile creatures.

I Am Legend received mostly positive reviews, with Will Smith’s performance being praised. The only criticism focused on the story’s divergence from the source material, especially in the film’s conclusion. But most fans didn’t seem to mind and the movie earned a whopping $585 million at the global box office. Following its success, talks of a sequel, prequel, or reboot took place from 2008 to 2014. But none of the ideas sparked anyone’s interest until now.

Meanwhile, Will Smith, who won a SAG Award for his role as Richard Williams in the Venus and Serena Williams biopic King Richard, is soaking up in all the recognition the cast is receiving. “This is a beautiful one,” the 53-year-old star said about the film. He added that having the opportunity to experience the Williams’ journey was magical. And having the family’s approval makes it even better.

Will Smith is also celebrating his Academy Award nomination for his role in King Richard. This means he could take home the award over Denzel Washington, as they are both being honored in the Best Actor category during this year’s ceremony. This is the second time it’s happened, with Washington ultimately winning for Training Day in 2001. “I just hope we’re going to need a tiebreaker,” Smith joked. King Richard was released in theaters worldwide and on HBO Max in November 2021. 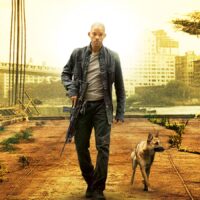 Will Smith’s Deadshot Solo Movie Has Been Canceled