If you’re dying for more from Amazon Prime Video’s The Wheel of Time franchise, there’s some good news. Some animated extended features that go along with each episode are flying under the radar of most viewers. It’s definitely worth checking these out.

Earlier this month, Amazon Prime Video dropped the first three episodes of its latest live-action adaptation of a popular franchise. Based on Robert Jordans 1990s Wheel of Time series of fantasy novels that kicked off with The Eye of the World, the TV show tells the tale of a sect of women who can access the magic in a world where only a handful of people can. They discover five young people whom a member named Moiraine believes is a prophesied reincarnation of a powerful individual. This character is slated to either save the world or destroy it.

Comicbook notes that each episode is accompanied by an animated explainer video titled Wheel of Time Origin Stories. Any time something is mentioned in a show that is worthy of a deeper lore explanation, this animated series will break it down for viewers savvy enough to go looking. For example, the first episode’s Origin Stories installment covers the Breaking of the World, a cataclysm that caused male characters to go mad if they used magic. The second episode’s story covers the Fall of Manetherin, a city-state that once stood in the Two Rivers region, and the third episode covers “The Great Warder.”

All curious Wheel of Time fans need to do is pause the show, select “Bonus Content” and click to Origin Stories — they can also check out behind-the-scenes videos and a map of the world. The animated videos take a cue from fellow high-concept fantasy adaptation Game of Thrones, which had a series of animated History and Lore videos that broke down some of the complex relationships and past stories of the world. Even diehard fans of the show were largely unaware there was basically a free episode-length piece of content per season, meaning there’s roughly a full season of Game of Thrones that they were just leaving on the table. Such is the way for Wheel of Time fans who aren’t in the know.

The Wheel of Time franchise is considered high-fantasy, complete with a rich world and complex characters from even more complex political backgrounds. As a result, there’s a lot that is offhandedly mentioned in each episode that many fans may want to dive deeper into. Now, thanks to a little-known special feature on Amazon Prime Video, they can.

Meanwhile, Wheel of Time is poised to be another cultural phenomenon on par with Game of Thrones if it continues to trend in its current direction. Deadline reports that the streamer confirmed that the show was its best debut of 2021 and ranks in the Top 5 series launches of all time for Amazon Prime. Furthermore, the outlet reports that signs for its longevity are positive too. The first three episodes had one of the highest completion rates of any other show on the platform — meaning once people start watching Wheel of Time, they don’t stop until the credits roll. Now, they can keep going even beyond that with Origin Stories. 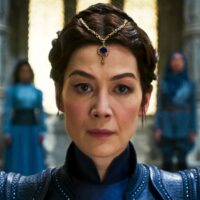 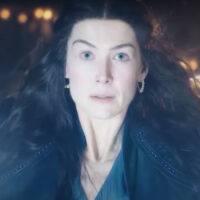 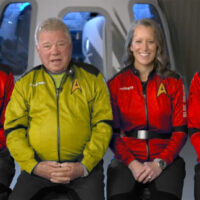