The Randlands welcome the Dragon Reborn in The Wheel of Time, the live-action adaptation of Robert Jordan’s high fantasy epic currently leased to Amazon Prime and Sony Pictures Television. The crew shared a teaser poster at San Diego Comic-Con International on Sunday, featuring Rosamund Pike as main character Moiraine. The Radioactive star can be seen waiting between two pillars, her cloak billowing dramatically in the backwind. The sun is rising ahead, but she turns away, seemingly transfixed at something (or someone) else offscreen. The show was renewed ahead of the series premiere, implying test screenings have performed beyond expectations. Season one hits the streamer in November.

Check out the promotional poster for The Wheel of Time below:

Robert Jordan’s Tolkienian fantasy world has had readers in a vice-grip for over three decades, but the author passed away from cardiac amyloidosis before a live-action adaptation could be completed in 2007. The Conan the Barbarian writer sold the rights to NBC in 2000, only for the project to be moved to Universal, where it languished indefinitely till Red Eagle Entertainment took interest in 2015. The original plan was to develop a feature film based on the first Wheel of Time book, The Eye of the World, but Red Eagle commissioned a miniseries instead, regarding the medium as a vastly better fit for Jordan’s sprawling mythos that spans both time and space.

This was four years after season one of a similarly crafted war between realms (Game of Thrones) enthralled viewers the world over; executives acknowledged the show’s winning formula and hoped to apply it to a small screen adaptation of The Wheel of Time. HBO’s example was revolutionary in that it highlighted the value of investing in television exclusives over big-budget movies, at least in the case of extended storytelling, and everyone wanted a bite of the same luscious apple.

Red Eagle produced a 22-minute pilot for The Wheel of Time starring Billy Zane and Max Ryan, but a lawsuit involving Robert Jordan’s widow Harriet McDougal killed the project before any distributor could take notice. Two years later, Sony Pictures Television was revealed to have taken over from Red Eagle and Universal, with Amazon Prime signing on as international distributor the following year. Rafe Judkins of Agents of S.H.I.E.L.D. was tapped as showrunner.

Production officially began on September 16, 2019, three months after Rosamund Pike was cast; filming took a brief hiatus at the height of the pandemic, only to resume in April. Sony ordered a second season in May; principal photography commenced on July 19, four months before The Wheel of Time premieres on Amazon Prime. Red Eagle is executive producing the show alongside Judkins, Pike, and Radar Pictures. McDougal and Jordan’s successor, author Brandon Sanderson, serve as consultants.

Robert Jordan worked tirelessly on other iterations of The Wheel of Time prior to his terminal diagnosis in 2005. Red Eagle Entertainment has maintained the film, television, video game, and comic book rights to the series since 2004. A first-person shooter was developed by Legend Entertainment in 1999, followed by a table-top role-playing game in 2001. Guitarist Robert Berry of The Greg Kihn Band also released an independent soundtrack.

A 35-issue comic book by Dabel Brothers Productions was published by Dynamite in 2009, beginning with a prequel four years earlier. The series itself was lacking a conclusion when Jordan died in 2007; longstanding Wheel of Time fan Brandon Sanderson took over writing duties after studying Jordan’s notes for the last installment, culminating in The Gathering Storm, Towers of Midnight, and A Memory of Light. Sanderson and McDougal represent Jordan post-mortem.

The Wheel of Time revolves around the search for the Dragon Reborn, the reincarnated vessel of the Randlands’ foremost progenitor and the individual fated to destroy humanity or redeem it. The series kicks off during a wartime period; a race of magic users (the female-only Aes Sedai) receive word the Dragon has been reborn and the servants of the Dark One a.k.a. the Shai’tan are already looking for him. Rosamund Pike plays Moiraine, an Aes Sedai operative. She comes across three potential vessels (Rand al’Thor, Matrim Cauthon, and Perrin Aybara) but isn’t sure which is the Dragon Reborn. The story is set in a Tolstoyan expanse where past and future happen concurrently, and where reverence for a greater power (not unlike that of the Force) and the dual nature of ancient religions drive society forward. Robert Jordan based The Wheel of Time on Asian and European mythology.

Besides Rosamund Pike as Moiraine, Josha Stradowski co-stars as Rand al’Thor, Barney Harris as Matrim “Mat” Cauthon, and Marcus Rutherford as Perrin Aybara — all possible incarnations of the Dragon. A prequel movie series for The Wheel of Time, likely based on the comic books, is already underway at iwot productions and Radar Pictures, with Zack Stentz of Thor and X-Men: First Class writing the first film. 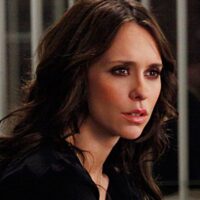