Tom Cruise is back as Captain Pete “Maverick” Mitchell and audiences everywhere have felt the need for speed. Dated pop culture references aside, Top Gun: Maverick, the long-delayed sequel to Cruise’s 1986 naval aviation hit film is a mammoth blockbuster right out the gate. As you might expect, a success story on the level of Top Gun: Maverick has the studio champing at the bit for a way to extend the property. According to our trusted and proven sources, a Top Gun series is currently in development to premiere on the Paramount+ streaming platform.

This is not surprising on a number of levels. For one thing, Maverick is destroying box office records left and right, so it makes sense that audiences are primed to see mononymously-named Navy officers in jet planes try to go as fast as possible and would like to see more of that, please. Given that Top Gun: Maverick was delayed for literally years, throwing together a more stripped-down Top Gun series for Paramount+ could be a quick way to capitalize on Tom Cruise’s resurgent star power.

It also helps that Maverick has received some of the highest critical praise of Tom Cruise’s long career. While the original 1986 version of the film was an enormous money-maker and a zeitgeist-defining cultural event, critics were mixed at best. But now that everyone loves Top Gun, Paramount is in a perfect place to begin spin-offs like a Top Gun series that can jump off from that sweet, sweet 97% on Rotten Tomatoes and hopefully grab a few critical nods.

Furthermore, the basic point of Maverick was for Tom Cruise’s titular hotshot pilot to be handing the reins of the franchise to a new generation of pilots who like to play shirtless sports in the sun. A Top Gun series is a pretty ideal way to continue the stories of Naval aviators who are not Tom Cruise but probably have a lot of similar traits and issues to deal with. If Tom Cruise can be persuaded to occasionally pop in and offer some words of wisdom, so much the better.

On the other hand, there is a lot of precedent that is not exactly in a Top Gun series favor. While there have been a few television series in recent years that successfully transitioned from film to television, they largely have been reimaginings of the source material, like FX’s Fargo anthology series or A&E’s present-day Bates Motel. There are a lot more examples of film-to-TV adaptations that either crashed and burned or failed to get off the runway, like the Serpico TV series with David Birney taking the place of Al Pacino or Starman, the continuation of the John Carpenter movie Starman. Haven’t heard of them? That’s our point.

On the other hand, Paramount is currently attempting to beef up their Paramount+ streaming platform into competition with the big guys, ie, Netflix, HBO Max, and Disney+. Now that they have all the Star Treks and an increasing amount of Yellowstone spin-offs, a Top Gun series could be a big step up for Paramount. 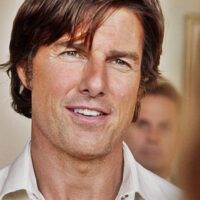 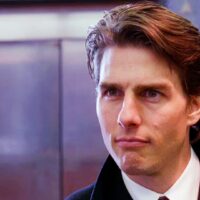 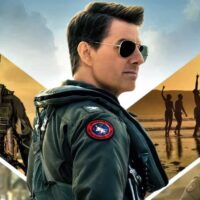