2021’s Spider-Man: Now Way Home, the third installment in the Homecoming trilogy, is still playing in theaters worldwide, and fans agree it’s the best one yet. And while Tom Holland, the franchise’s protagonist, stated that he’d gladly reprise the role, it’s safe to assume that we won’t get another Spidey film for quite some time. But good things don’t end there, and now that we’ve seen the film, it’s time to see the takes. Well, in this case, Sony Pictures Entertainment dropped a video of Holland, Zendaya, and Batalon (Peter, MJ, and Ned) looking back at their audition tapes for the first film.

As reported by PopSugar UK, Tom Holland, Zendaya, and Jacob Batalon watched all three of their respective audition videos. Holland’s take was the first to play, and the actor decided to backflip into the frame, to which the actor now covered his face, while Zendaya and Batalon laughed. However, Batalon’s take was perhaps the most interesting one, as he moved out of the frame to get into character and then reappeared. The North Woods actor said his lines and took a second to break out of character, which was incredibly interesting to watch. Check out the reactions all three had to their first auditions:

Zendaya’s take was quite professional; actually, the actress remained calm and collected throughout the audition — according to Batalon, hers actually looks like a good audition video. The video with Tom Holland, Zendaya, and Jakob Batalon ended with the team in high spirits and commenting that the casting directors and production team couldn’t have made a better choice. It’s been seven years since those audition videos were shot, and now, the team has concluded the Homecoming trilogy, which began with 2017’s Spider-Man: Homecoming.

The trilogy’s last installment continues to climb the earnings charts, sitting at number six with $1.87 billion giving 2018’s Avengers: Infinity War a run for its money. The film owes its success to Sony and Marvel uniting the entire Spider-Man universe into a single cinematic release. Besides Tom Holland, Zendaya, and Jacob Batalon, the presence of Willem Dafoe, Alfred Molina, Tobey Maguire, and Andrew Garfield, made for a fantastic action-packed film. It was also packed with emotion; sniffles were heard in the movie theater. And it wasn’t the children.

As things currently are, there are some questions regarding the franchise’s future. Sony, who actually holds rights to Spider-Man, plans on doing another trilogy with Marvel Cinematic Universe. However, actor Tom Holland stated that he’s unsure about his future within the franchise and what path he wants to take with Peter Parker. The actor also appeared in the recently released Uncharted film and is currently lined for a Fred Astaire biopic. Additionally, Zendaya is posed to appear in Dune 2, and Batalon’s Zaya is presently in post-production.

The last Homecoming film is still playing in theaters for anyone who hasn’t watched Spider-Man: No Way Home. It’s also available on Amazon Prime Video, Vudu, YouTube, and other services. But not on Disney+. 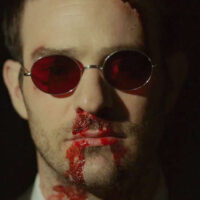