Tom Hanks Has A New Sci-Fi Film Headed To Streaming

A new Tom Hanks film is always newsworthy. The guy is a national treasure, and few of his performances disappoint. In fact, it’s more often the case of the movie itself being mediocre, with Hanks deserving little—if any—of the blame. Now, a major trade is bringing word that the popular actor has a new sci-fi drama headed to streaming.

Variety reports that Apple TV+ has officially bought the rights to Tom Hanks’s sci-fi drama Bios. Additionally, Apple has renamed the film Finch. Originally slated for a theatrical release in August, the Amblin Entertainment-produced, Universal Pictures-distributed Tom Hanks vehicle was pulled from the schedule to accommodate the studio’s COVID-influenced needs.

As for plot details, the studio has been pretty generous with the information it has revealed. Finch is a post-apocalyptic sci-fi drama centered around the last man on earth, a dying inventor known only as Finch. Desperate to protect his dog, he constructs an android that he hopes will outlive him and continue to watch over his best friend. Nothing is known beyond that at this point, but that is honestly more than enough to keep fans at least mildly sated until the film finally drops on the streamer.

The Tom Hanks-led Finch joins a slew of other big movies forced to reschedule after COVID struck early last year. Most recently (and most frustratingly), the next Marvel Studios film, Black Widow, was delayed several times before finally settling into a July 9 hybrid release in theaters and on Disney+. But other hotly anticipated films such as the new James Bond film No Time to Die and that great-looking new Dune remake have both suffered year-long delays that have fans foaming at the mouth.

The point? Tom Hanks is far from the only actor who has seen his projects pushed back, repurposed, or reworked to account for any potential issues that COVID may bring with it. The impact of COVID has stretched to nearly every corner of the entertainment industry, and as the pandemic continues (because it technically has not ended yet), it will likely continue to affect movies and their release dates in adverse ways.

Finch was directed by Game of Thrones director Miguel Sapochnik, the guy who brought us the Battle of the Bastards, Hardhome, the dark—but action-packed—season eight episode The Long Night, and the show’s penultimate episode, The Bells. Ivor Powell and Craig Luck wrote the script. Robert Zemeckis, the director of Forrest Gump, Cast Away, and the Back to the Future trilogy, will executive produce the film alongside Sapochnik, Andy Berman, Craig Luck, and Adam Merims. Caleb Landry Jones, Samira Wiley, and Skeet Ulrich also star in supporting roles.

No release date has been set quite yet, but Variety’s sources claim that Apple TV+ is shooting for a release sometime in late 2021. Until then, you can catch Tom Hanks in other recently-released films such as Greyhound (also on Apple TV+) A Beautiful Day in the Neighborhood, Toy Story 4, and, most recently, News of the World. 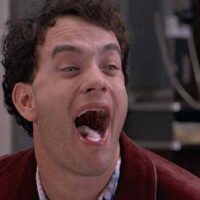