It’s not often that a Tom Cruise movie can be considered underrated, but one that is earning that moniker has found some unexpected life on the HBO Max streamer, climbing its charts, and sitting at #6.

Oblivion is a sci-fi action-adventure starring Tom Cruise that is set on a post-apocalyptic Earth in 2077. Here, we find Earth devastated and virtually uninhabitable from a war with extraterrestrials that has caused the entire human population to relocate itself to Titan, Saturn’s largest moon.

Tom Cruise is Jack Harper, a technician who is sent back to Earth to service the drones used to fight the remaining aliens on the planet. The need for Jack and the drones stems from the war that took place 60 years prior when aliens destroyed Earth’s moon then invaded Earth.

Humans would eventually win the war, but victory came at a large cost. The number of nuclear weapons used, plus the falling of the moon, caused Earth to be uninhabitable.

Jack, or “Tech 49”, along with his communications officer Vika, finds themselves on Earth maintaining the drones that not only hunt down the remaining alien scavengers, but the drones also protect the hydro-rig generators that convert seawater into fusion energy. They are guided by Sally, the mission director who calls the shots from the Tet space station that’s orbiting Earth.

Jack has himself a secret. While on Earth, he loves to explore. He has a secret cabin that houses the many mementos from Earth’s past. He also constantly dreams of life before the war of an unknown woman. One day while exploring the ruins of the New York Public library, Jack is attacked by scavengers. Barely escaping, he discovers that the scavengers are using the Empire State Building’s antenna to send coordinates into outer space.

It’s at these coordinates that a spaceship crashes. As Jack investigates the wreckage, he finds five humans in stasis chambers. One of these humans is the woman he has been dreaming about. A drone attack kills the humans, but Jack is able to save the unnamed woman. Once revived, he finds out that her name is Julia.

Jack and Julia return to the wreckage in order to retrieve the flight recorder but are attacked, then captured by scavengers. Their leader, Malcolm Beech (Morgan Freeman) then reveals to them that the scavengers are actually humans in disguise to stay hidden from the deadly drones.

Beech wants Jack to find out the truth of everything going on, but to do so Jack and Julia must visit the radiation zone. Julia then tells Jack she is his wife and that prompts memories to flood Jack’s mind of him proposing to Julia in front of the Empire State Building.

Now Jack is determined to find out the truth. Not everyone, though, is who they say they are. In fact, Jack is going to find out that he may not even be who he thinks he is. Are aliens the real enemy here or is something more nefarious going on?

Oblivion stars Tom Cruise and is directed by Joseph Kosinski whose directing resume before he boarded Oblivion consisted only of TRON: Legacy. The story was based on a graphic novel Kosinski never completed though the script was and was penned by scribes Karl Gajdusek and Michael Arndt.

As with most of Tom Cruise’s films, budgets seem to be an afterthought. He is virtual money at the box office and while Kosinski put his $120 million budget to good use, the film only brought back $288 million. Not bad, but definitely not what they were hoping for when you combine Tom Cruise and sci-fi action-adventure.

Oblivion came for Tom Cruise right after he was making hay at the box office with features such as Knight and Day, Mission: Impossible – Ghost Protocol, Rock of Ages, and Jack Reacher.

Tom Cruise would follow up Oblivion with another sci-fi spectacular, Edge of Tomorrow, and then go back for more Ethan Hunt adventures with Mission: Impossible – Rogue Nation. Sequels continued to be on Cruise’s mind as he would then appear in Jack Reacher: Never Go Back.

While some of Tom Cruise’s films didn’t make the intended splash at the box office (American Made, The Mummy), he has been one of the most consistent box office draw in film history pulling in an astounding $8.5 billion worldwide.

Tom Cruise will team up once again with Kosinski for Top Gun: Maverick, a film that we hope to see in the next year or two. We kid, since the film was first scheduled to premiere on July 12, 2019. Since that time, Top Gun: Maverick’s release date has changed no less than six times, with a now-expected date of May 27, 2022, almost three years after its initial premiere date. If you stop and consider it, Tom Cruise finished filming the sequel four years ago.

While we continue to wait for that movie, Tom Cruise is off filming the next two installments of his Mission: Impossible franchise as both Mission: Impossible 7 and 8 are filming concurrently (and with a little bit of controversy). After that comes one more sequel as Tom Cruise is set to reprise his role as Cage in the Edge of Tomorrow sequel, Live Die Repeat and Repeat.

You can see Tom Cruise in Oblivion on HBO Max. 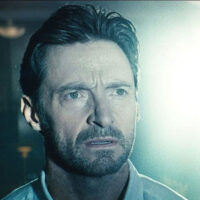 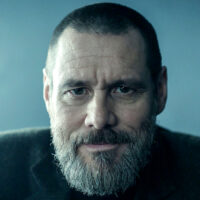 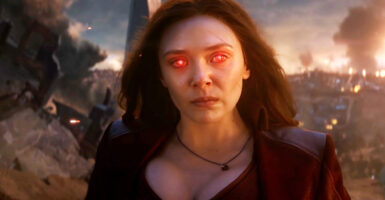 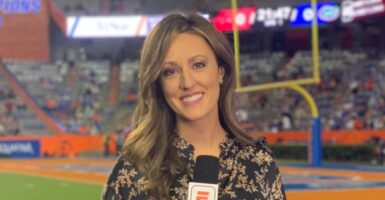