Tom Cruise is in the middle of shooting the next Mission: Impossible movie, and like any film or television production right now, there is an additional level of stress due to the COVID-19 pandemic and protocols that are in place to hopefully keep the cast and crew safe. Unfortunately, it looks like someone on the set violated those rules and Cruise decided to give them both barrels.

The Sun was able to obtain an audio recording of Tom Cruise chewing out two crew members who were not adhering to social distancing rules. You can listen to the swear-laden audio in the tweet below:

According to The Sun, Tom Cruise is taking these precautions very seriously. He is apparently heavily involved in monitoring daily activity to ensure that everyone involved in the production follows the rules and guidelines. He even went so far as to pay £500,000 for an old cruise ship that the cast and crew can isolate on during the run of the show. Needless to say, the blockbuster movie star is not treading lightly with these issues.

And it is understandable why Tom Cruise would feel so adamant about these issues. Mission: Impossible 7 has already been subjected to a few COVID-related delays. Back in October, twelve people involved with the production tested positive for the virus while the shoot was in Italy. This led to around 150 extras being told not to come to the set after health chiefs performed contact tracing on the people who had tested positive.

Since then, Tom Cruise has been taking an active role in enforcing the COVID protocols. He has been pictured numerous times on set wearing a mask and has been a constant presence when it comes to monitoring rule-breakers. And it seems like what sparked this tirade were two crew members standing too close to one another while they viewed something on a monitor. This is what led to Cruise’s profane and angry response that you can hear above.

Frankly, it is hard not to agree with Tom Cruise’s emotional perspective on this. Yes, his yelling episode was not the best way to handle the situation, but after everything that we have gone through this year regarding the pandemic, it is somewhat cathartic to hear someone express their frustration in such a way. And as far as the rules are concerned, Cruise is absolutely in the right. Film and television productions continue to suffer shutdowns due to positive COVID tests, and a movie like Mission: Impossible 7 is helping keep so many people in the entertainment industry employed. Endangering that is definitely a reason to feel upset.

We will have to see if Tom Cruise’s rant ends up hurting the film or his public persona. The megastar is one of the most profitable film actors in the history of the business, and he has to maintain that aura if audiences still want to see him as the hero of the Mission: Impossible franchise. It will be interesting to see how people react to this piece of workplace drama. 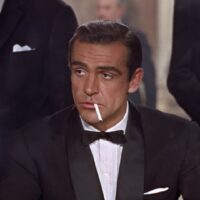