Even before season 5 of The Expanse premiered on Amazon, fans knew The Expanse season 6 was coming. They also knew that season 6 was going to be the final one for popular sci-fi series. Though fans aren’t happy with the show coming to an end, at least they can be satisfied that The Expanse gets to end on its own terms.

WHERE THE SHOW LEFT THINGS

Season 5 ended on something of a cliffhanger, which means The Expanse season 6 has a lot to do to tie up all the loose ends before the show ends.

When Season 5 of The Expanse began, (SPOILERS ALERT) it immediately established Marco Inaros as the new big bad villain. Inaros is an extremist who has connections to Martian rebels and uses this connection to send asteroids to Earth. This happens while the Rocinante crew has been separated and spread out across the solar system. Holden goes after Marco after witnessing the Free Navy’s attack on Tycho, Naomi fails to rescue her son, Amos endures the destruction of Earth while Alex and Bobbie take on the Martian side of Marco’s operation.

The Expanse season 6 will have to wrap up Marcos Inaros storyline and the story of Naomi’s son Phillip. Marcos and Phillip are still out there wreaking havoc. The season 5 finale ended with Marcos taking over the ring gate, and thereby taking control of the flow of traffic as humanity tries to expand out into other worlds.

Season 5 has a lot in its ten-episode season, which includes the loss of a main character. Alex, played by Cas Anvar, had been with the series from the get-go. He was one of the original cast members who first was the pilot of the Canterbury, eventually moving over to the Rocinante. Cas Anvar won’t be back for The Expanse season 6.

Alex’s end came quite suddenly and unexpectedly, as he and Bobbie were trying to rescue Naomi from the Chetzemoka, which had been set to explode. But Naomi is able to get off the ship, prompting Alex and Bobbie to grab her from space. Bobbie is finally able to grab her and as they are about to return to the Firehawk, Alex has stopped responding. A Quick cut to the ship and Alex is seen with blood coming out of his nose, his last words “That was one hell of a ride.” Fans find out later in the episode that Alex had perished from a stroke.

THE PLOT OF THE EXPANSE SEASON 6

The Expanse season 6 has had a lot of material to glean from as the TV series is based on a series of 8 novels written by James S. A. Corey, who is the official pen name of co-authors Daniel Abraham and Ty Franck. Along with the eight novels (and a planned ninth on the way), The Expanse also has three short stories and five novellas to its credit. Abraham and Franck also serve as writers and producers on the show, so their involvement has kept the series stories in alignment with their novels.

With that said, The Expanse season 6 looks to be taking on the familiar story from the sixth book in the series, Babylon’s Ashes, that speaks of the war that is brewing. With the Earth being pretty much decimated from the attacks at the end of season 5 and the ring gates to the new worlds being in full control by the Free Navy, the crew of the Rocinante looks to have their hands full. Not to mention Inaros, who looks to continue his dominance of the solar system.

The Rocinante crew could also be, and probably will, be facing another enemy in The Expanse season 6. This one coming from the Laconia system where Paolo Cortazar has brought back to life some alien ships. Don’t plan on Cortazar and said ships to stay inactive for long. It’s hard to imagine how they’ll fit the whole Cortazar story in, since it involves a huge time jump. But they did tease it at the end of season 5, so they must have something coming.

Why Alex Is Gone

Cas Anvar will not return for The Expanse season 6 as Alex Kamal. Alex survives in the books The Expanse is based on and he should have played a pivotal role in the plot of The Expanse season 6. But the actor who plays him, Cas Anvar, was caught up in a series of unproven #MeToo accusations. We still don’t know if any of those accusations were true, but the show fired Anvar and killed his character off rather than risk remaining attached to him. It’s a huge blow to what had been a fairly faithful retelling of the incredibly complex story laid out in The Expanse books.

Over the summer of 2020, several women came forward with their allegations of sexual abuse and harassment against Anvar. Co-writer Abraham spoke about the allegations via Distractify, “So one of the core cast of #TheExpanse has been accused of sexual misconduct. We immediately passed these serious accusations onto the studio, Alcon. Alcon has engaged an independent firm to investigate this matter and takes these allegations very seriously … I have spoken with Naren Shankar, our showrunner, who — like me — supports this. I have no doubt that this is the right next step, and I appreciate Alcon treating this matter with the gravity it deserves.”

Anvar responded to the Alcon investigation with, “I welcome the independent investigation, respect that the women who have come forward should be heard, and will make myself fully available to participate in the process as appropriate so that I may refute these very serious claims that strike at the core of what I value.”

The investigation, though, would prove to be telling for Anvar. When all was said and done, more than 30 women came forward to accuse Anvar of sexual misconduct. These 30 include women Anvar worked with, actresses, a VFX coordinator, and even women who were convention employees.

IS THE EXPANSE SEASON 6 REALLY THE END?

There is no premiere date for The Expanse season 6. Amazon claims this is the show’s final season. Even though it’s supposed to be the final season, don’t be surprised if the series finds new life. It has once already and with plenty more material at its disposal, it wouldn’t be hard to fathom Amazon doing an about-face and bringing it back for a season 7.

Dominique Tipper, who plays Belter Naomi Nagata, is also holding out hope. On a panel for EW, they said that this was the end of the show on Amazon. Meaning, the show was previously on SyFy before it was cancelled and picked up by Amazon. Perhaps a seventh season of the sci-fi series could end up elsewhere someday.

Similarly, writers Abraham and Franck have already hinted that they’re looking at the time after The Expanse season 6 as more of a pause than a cancellation. “We have what we think is a very natural pause point for the story after season 6,” Franck told Polygon. “It’ll feel like a satisfying end to the story we’ve been building over the first five seasons. I think one of the things that is sort of an outmoded idea is the idea of being canceled.” That’s certainly good news. Now, let’s see what Amazon Studios has to say about it. If fans are loud enough, we might still get more.

AMAZON COMES TO THE RESCUE

The Expanse originally premiered on the Syfy Channel in 2015 and ran for 3 seasons on the network. It was immediately praised for its tense storytelling, fascinating characters, and a thrilling, detailed science-fiction world that saw the crew of the Rocinante investigate alien intrusion and political misconduct throughout a colonized solar system. Even with its lofty praise and solid fan base, Syfy saw it fit to cancel the show after 3 seasons.

As fan bases have been known to do, this one jumped up immediately pushing for a Save the Show campaign that Amazon Studios saw and heard. Amazon took on the show, producing seasons 4 and 5, with The Expanse season 6 production getting ready to roll.

Currently, The Expanse season 6 is filming in Toronto. They haven’t announced a release date yet, but it’s expected to hopefully release in late 2021. 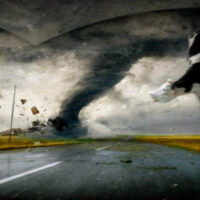