The Netflix sequel to That ‘70s Show has announced its main cast, which includes a few of the original members. That ‘90s Show, a followup to the popular Fox sitcom, will star an ensemble of up and coming new stars, much as the original series did. It is going to maintain a sense of continuity by bringing back actors Kurtwood Smith and Debra Jo Rupp as their characters of Red and Kitty Forman, the parents of original co-star Topher Grace, who played Eric Forman. The new series will center on the daughter of Eric and his love interest Donna Pinciotti (Laura Prepon), Leia Forman. Given that Eric was consistently portrayed as an early and fervent fan of Star Wars, we’re probably going to get some prequel humor in there.

That ‘90s Show will star Callie Haverda (best known for the Hulu series Shut Eye) as Leia Forman, and Ashley Aufderheide as Gwen, a Riot Grrl type. Aufderheide starred on the ABC show Emergence. Mace Coronel of Colin in Black & White, stars as Jay, a video store clerk (remember, it’s the ‘90s), and Sam Morelos (Extraordinary Night) will play the A-type Nikki. Finally Reyn Doi (Barb and Star Go to Vista Del Mar) will play Ozzie, a gay teen. The show will take place in the same fiction Wisconsin town of Point Place. While both Kurtwood Smith and Debra Jo Rupp are confirmed as regular cast members, it is currently unknown if any of the other cast members of That ‘70s Show will return, either as regular or in cameos.

That ‘70s Show was highly successful when it debuted in 1998, and eventually ran for eight seasons. Two of the original co-creators of the show, Bonnie Turner and Terry Turner, are returning to That ‘90s Show, which was also created by Gregg Mettler and Lindsay Turner. Many of the original cast members went on to successful careers. Topher Grace appeared as the original on-screen Venom, while Laura Prepon starred on one of Netflix’s first breakout original series, Orange Is the New Black. Ashton Kutcher and Mila Kunis graduated from on-screen couple to real life couple, and both became A-list film stars in films like Dude, Where’s My Car? and Jupiter Ascending. Wilmer Valderrama currently stars on CBS’ perennial NCIS. Danny Masterson is set to stand trial for alleged sexual assault.

This will not be the first attempted spinoff of That ‘70s Show. There was a brief attempt in the early 2000s called That ‘80s Show that starred a pre-It’s Always Sunny in Philadelphia Glenn Howerton, which only lasted a few months. It did not have the muscle of a streaming giant like Netflix behind it like That ‘90s Show does, however, nor the current wave of ‘90s nostalgia evidenced in shows like the critical darling Yellowjackets. Still, nothing is a sure thing in the entertainment business, and it will be interesting to see how this new show will do. No release date has yet been announced for That ‘90s Show, but it is likely to premiere sometime this year. 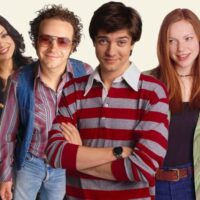 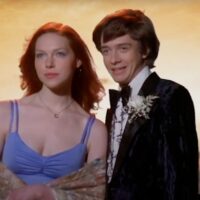 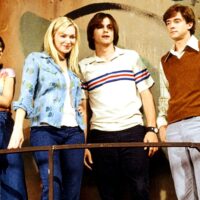 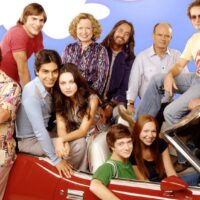