The Teenage Mutant Ninja Turtles, those heroes in a half shell, have long had clearly defined roles. Donatello, Raphael, Michelangelo, and Leonardo were the first iterations of this famous foursome and little has changed over the decades they’ve been around. Through numerous iterations, movies, shows, games, and more they’ve been the same characters we grew up with along with the same cast of characters around them. But times they-are-a changing and the Teenage Mutant Ninja Turtles universe could soon be getting a slightly different look. That’s because new rumors have the franchise introducing a new group of female turtles in an upcoming animated remake for the franchise.

Adding a female group of Teenage Mutant Ninja Turtles to the cast for this upcoming movie makes a lot of sense considering the general direction the flick might take. Seth Rogen is on as a producer for the upcoming film and has already signaled that he really wanted to lean into the “teenage” piece of the turtle’s background and persona. Creating some possible love interests of just hormonal foils for the characters would likely be a big part of any story the crew is putting together. And Rogen already has plenty of experience in this realm having penned Superbad, one of the better coming of age comedies in some time.

If Rogen and company are angling for a more “coming of age” theme in an animated Teenage Mutant Ninja Turtles, maybe they are looking at a movie like Spider-Man: Into the Spider-Verse for inspiration. If so, then they will need a possibly wider range of characters to create a broader emotional background for the characters who’ve long just been a silly, pizza-noshing bunch.

The Teenage Mutant Ninja Turtles franchise, from a storytelling perspective, could definitely use a little freshening up. The last two live-action movies 2014’s Teenage Mutant Ninja Turtles and Out of the Shadows were complete and utter bombs with critics scoring 21% and 37% respectively on the Tomatometer. But the franchise as an entity still has legs with both of those movies combining to earn $750 million on the box office on around $285 million in their overall budget. That’s an acceptable return and easy to see why the group would get more movies going forward.

Additionally, the Teenage Mutant Ninja Turtles have long sought out the boys, 6-10 demographic as their core audience. And they’ve maintained that over many years. But is that hard to imagine making in-roads into the female population of the same age? The characters are silly and sophomoric, but there’s reason to suspect a female contingent with the right tone and writing could easily enter the universe as both compadres but also offering a way to make the overall story more “realistic” from a teenage perspective.

While we aren’t likely to ever get a true sequel to the original Teenage Mutant Ninja Turtles surprise hit movie, the franchise has a strong foothold among its ever overturning audience. It’s great to hear they might even be “maturing” as characters. There are precious few details around this new animated version but it stands to reason we see the foursome growing up with some female characters in the universe as well. 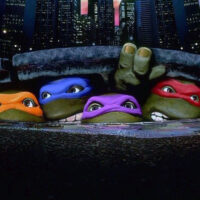 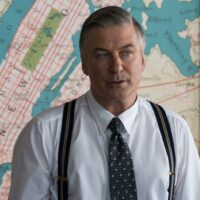