Actor Wil Wheaton, of Star Trek fame, has gone on record in the past discussing childhood abuse he suffered at the hands of his parents. He’s opened up about the issue, talking over the years about the relationship with his mother and father and how they had essentially forced him into an acting career at a young age. Recently, former childhood co-star Jerry O’Connell appeared with Will Wheaton on a talk show and during the discussion, offered up an apology for what O’Connell saw as his lack of support during that time.

During an appearance on The Talk (via CBR), Will Wheaton and Jerry O’Connell were having a discussion about their respective careers and about the times when they had worked together. It was during this that O’Connell felt the need to offer up an apology to Wheaton for not being there in a supportive role when he knew that Wheaton was going through an incredibly hard time. This was before Wheaton’s time on Star Trek.  At first, Wheaton tries to wave it away, but O’Connell presses ahead, wanting to lead Wheaton to know that he felt some remorse over that and reminding people that you don’t always know the struggles others are dealing with behind the scenes. Check out what jerry O’Connell said to Will Wheaton:

Prior to Star Trek: The Next Generation, Will Wheaton and Jerry O’Connell had first worked together all the way back in 1986 with the coming of age movie Stand By Me. Wheaton was 14 at the time of the filming and Jerry O’Connell was 12. They played two of the four boys who set out on a quest to find the body of Ray Brower, following train tracks to where they think the boy had met his death. In addition to Wheaton and O’Connell, River Phoenix and Cory Feldman made up the rest of the foursome.

For his part, Wil Wheaton doesn’t seem to hold any ill-will in this regard, reminding Jerry O’Connell that they were very young at the time and that a 12-year-old really could never know what was going on behind the scenes with someone else, especially someone around their own age. The world just doesn’t often help with something like that, something the Star Trek actor understands. On this front, there really wasn’t much that O’Connell could have done. Not that the latter seemed to feel anything like that point of remorse, but rather wanted to acknowledge he found out about it later, and felt bad.

Following Stand By Me, Will Wheaton would go on to star in Star Trek: The Next Generation as one of the primary cast during the first four seasons and then off and on after that. In recent years, Wheaton had opened up about what he considered to be abuse on the part of his parents who he’s said forced him into acting at a young age. In an interview in 2021, Wheaton detailed how his mother, a Hollywood agent, and his father a media specialist coerced him to take on acting, he claims they abused him emotionally over the years while he was coming into his career. Most recently, Wil Wheaton appeared in an episode of S.W.A.T. as well as Supergirl. As of now, he has not been added to Star Trek: Picard where many of the original TNG cast will be appearing. 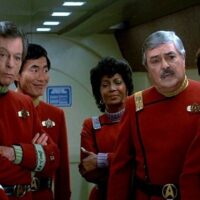 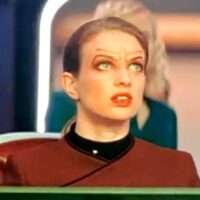