By Doug Norrie and Staff | 8 months ago

Spider-Man: Into the Spider-Verse, the animated take on alternate timelines and dimensions in the Spider-man Universe was one of the surprise movie hits from 2049. Honestly, I thought it was one of the best flicks of that year, animated or otherwise, combining laugh-out-loud humor with a sweet story about youth, family, growing up and the responsibility that comes with power. Now it’s time to get ready for Spider-Man: Into the Spider-Verse 2.

The first movie hit a lot of the typical Spider-man beats while also ushering in a bold and innovative new style that culminated in one of the best visually designed scenes from any movie with Miles Morales finally realizing the scope of his abilities “What’s Up Danger” playing in the background. It was such a defining moment with Miles finally taking the “leap” and embracing his fate. It still gives me chills watching.

Considering the success of the first film, with almost $380 million at the box office (on a $90 million budget) along with massive critical acclaim hitting 97% rating on Rotten Tomatoes, it seemed pretty obvious that we’d Spider-Man: Into the Spider-Verse 2 sometime in the future. The Miles Morales character alone could be the focal point of a sequel. But Into the Spider-verse was also structured in such a way that there are nearly limitless possibilities seeing as how the movie introduced so many other versions of the webslinger including lethargic Peter Parker, Gwen Stacey’s Spider-Woman, Peter Porker/ Spider-Ham, Peni Parker as SP//dr and Spider-man Noir. So yeah, there are quite a number of ways to roll here.

With all of this, there is already quite a bit known about the planned sequel and how the stories might continue for at least some of these characters. Let’s take a look at what we know about Spider-Man: Into the Spider-Verse 2.

The Plot Of Into the Spider-Verse 2

Vanity Fair reported about a year ago that Spider-Man: Into the Spider-Verse 2‘s script will feature a budding romance between Miles and Gwen Stacy, something awkwardly and humorously alluded to in the original. Considering Stacy’s Spider-Woman was much more competent and capable with her abilities in the first movie, it could lead to some part of the relationship dealing with their gap in potential and confidence. This was certainly part of the first movie. And considering the first film ended with the two able to communicate even though they were separated by dimensions, groundwork for the new story is already set up.

Other than that, not much else is known from a Spider-Man: Into the Spider-Verse 2 plot perspective. Though there is thissomewhat cryptic tweet from Chris Lord…

…in which he lets on that Japanese Spider-man/ Takuya Yamashiro will be featured in the sequel, we don’t know much else.

Could we even see Tom Holland’s version of Spider-man somehow work his way into the mix? Considering the amount of creativity and latitude the first one had, almost anything is on the table right now for this franchise.

Who’s Back From The Original?

As far as IMDB is concerned, on a character level, only Miles (voiced by Shameik Moore) is confirmed as part of Spider-Man: Into the Spider-Verse 2. But from what we know about the story, it’s a safe assumption that Gwen Stacy (voiced by Hailee Steinfeld) is back as well even though not officially confirmed.

We could be looking at near wholesale changes for Spider-Man: Into the Spider-Verse 2. Across the board, the team of creatives looks completely different than the original. Phil Lord (Lego Movies) wrote the first movie along with Rodney Rothman (22 Jump Street) but the script for the sequel will be penned this time around by Dave Callaham who has writing credits on Zombieland 2: Double Tap and 2010’s The Expendables.

Additionally, Rotham, Peter Ramsey and Bob Persicetti all directed the first one but this time around Joaquim dos Santos will be in the big chair. His resume is mostly from the animated television series world with shows like Legend of Korra, G.I. Joe: Resolute and Avatar: The Last Airbender under his belt. This will be his first full-length animated feature film.

When Will Spider-Man: Into The Spider-Verse 2 Be Released?

We are still a couple of years away from the Into the Spider-verse 2 sequel hitting the big screen. Sony Picture Animation Studios set the release for April 8. 2022. That date has now changed due to the COVID. Now the sequel is set to release on October 7, 2022.

Shameik Moore is the voice of Miles Morales and the star of the Into The Spider-Verse franchise… for now. But after some recent comments on Twitter, activists are now lobbying for him to be fired from Spider-Man: Into The Spid-Verse 2.

Here’s what he said, that people are now taking issue with…

The outrage directed at Moore was instant, with immediate calls for him to be replaced as Miles Morales. Here’s just some of what people are saying…

Miles Morales is now one of the top trending topics on Twitter with nearly everyone in that trending topic calling for Shameik Moore to be replaced in Spider-Man: Into the Spider-Verse 2. As of this moment there has been no response from Sony Pictures.

The Future Of Into The Spider-Verse

As part Sony’s live-action Spider-Verse plan, they want to bring in all three actors who have played Spider-Man on the big screen. That means we’d have Tobey Maguire, Andrew Garfield, and Tom Holland all playing Spider-Man in the same movie. And the latest word is that Sony is in a rush to get this plan into production, and they’re particularly focused on getting Andrew Garfield back.

Cage voiced Spider-Man Noir in the animated version of Into the Spider-Verse, so it makes sense that they might try to get him for the live-action version. And it’s not like Nic Cage turns down roles, especially ones in big-budget superhero movies. If they move forward and they really want him, then they’ll get him.

The Next X-Men Movie: See Henry Cavill As Wolverine 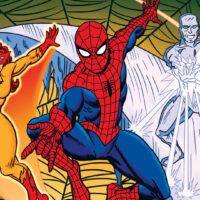 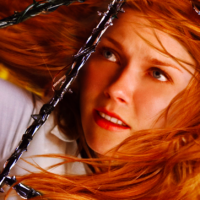