It appears as if Scarlett Johansson and Chris Evans are not done teaming up in films together. Though the pair haven’t seen the big screen together since Avengers: Endgame, they have been tapped for a brand-new space race film. The new film is called Project Artemis and will be directed by none other than Jason Bateman. The Ozark star will also be an executive producer on the new venture. Apple has swooped in to purchase rights for the new film, as they are coming off a big Oscars win for Coda. Deadline was the first publication to break the news, and Evans confirmed the news via Twitter. You can see the post below:

Although the majority of the plot is being kept a secret, this new film is to follow the space race. That could mean the current space race, or one made famous between the U.S. and the Soviet Union in the 1960s. The screenplay has been written by Rose Gilroy, who is the daughter of Rene Russo and Dan Gilroy. Rose has a few acting credits to her name, and now it seems as if she is transitioning into the writing game. Not a bad way to break into the screenwriting side of things with Jason Bateman, Scarlett Johansson, and Chris Evans tied to the film that she wrote. Johansson is producing the film with Johnathan Lia and Kennan Flynn through their, These Pictures production company. These Pictures also helped to commission and develop the script.

Apple is doing its due diligence to pick up more high-profile properties, especially after becoming the first streaming platform to secure an Oscar. That is a huge honor, and it will likely mean that more streaming platforms will do the same in the near future. Apple is also rumored to be releasing the Martin Scorsese film, Killer’s of the Flower Moon, and the Tetris film, which stars Taron Egerton. Although Scarlett Johansson and Chris Evans are busy people, they are adding this new space film to their growing roles. Johansson is set to appear in the new Wes Anderson film, Asteroid City. That film boasts a star-studded cast that includes Tom Hanks, Bill Murray, Adrien Brody, Margot Robbie, and Bryan Cranston. Evans’s next film venture is that of voicing Buzz Lightyear in the new Toy Story spin-off film, Lightyear. The new Pixar animated film will release on June 17th, though the drama in Disney could pose some delay issues.

Scarlett Johansson and Chris Evans make a great team, and it is good to see that they will be part of the same cast once again. While Project Artemis has only been announced, there are likely to be more casting announcements in the coming months. Having Jason Bateman attached to direct makes this announcement that much more exciting. He has directed many of the episodes of the hit show, Ozark, which has its home on Netflix. He is also directing an upcoming feature called Here Comes the Flood, though the plot is still unknown at this time. 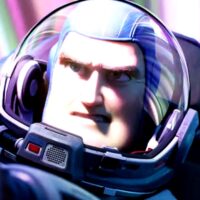 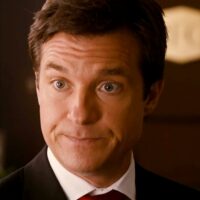