Despite Iron Man/Tony Stark notably dying at the end of 2019’s Avengers: Endgame, a new rumor suggests that Robert Downey Jr. could return to the Marvel Cinematic Universe.

The rumor from Geekosity suggests that Robert Downey Jr. might return as Tony Stark from a parallel Earth, an Earth where Reed Richards recruited Stark to join the Illuminati. This rumor also adds that Robert Downey Jr. would return as Stark, but not Iron Man. In this alternate world, Spider-Man would still idolize Stark, but in that reality, it would be Miles Morales instead of Peter Parker.

Okay, there’s a lot in this rumor to deal with. First off is whether or not Robert Downey Jr. would actually return to the Marvel Cinematic Universe. In an episode of the SmartLess podcast, hosted by Jason Bateman, Will Arnett and Sean Hayes, Robert Downey Jr. appeared on their August 31, 2020 episode and gave a pretty definitive answer. When Bateman asked Downey Jr., “I’m assuming that the Marvel thing is at a slower speed now, or are you done with that now?” Robert Downey Jr. replied, “That’s all done.”

Granted, Robert Downey Jr. isn’t entirely done with Iron Man quite yet. The actor presumably appears in the next Marvel film, 2021’s Black Widow, and will reprise the character in the 2021 animated series, What If…? But since Downey Jr. answered this only a few months ago, it makes sense that these two other parts had already been filmed. Since the death of Tony Stark, Robert Downey Jr. has already filmed All-Star Weekend with Jamie Foxx and is scheduled to make a third Sherlock Holmes film for release in 2021.

But, it is clear that Marvel doesn’t have a problem with bringing back dead characters and Robert Downey Jr.’s return could be on the table. 2021’s upcoming WandaVision Disney+ show will star Vision, a character who is currently dead in the Marvel Cinematic Universe. Despite Black Widow being a prequel, it does sort of undercut the emotional end for Natasha Romanoff in Avengers: Endgame. The same could be said of Spider-Man, who had a heart-wrenching death in Avengers: Infinity War but was then brought back to like in Avengers: Endgame. These are comic book films, so anyone can come back to life at any time.

Considering the Marvel Cinematic Universe has already dealt with alternate universes in Avengers: Infinity War and Avengers: Endgame, it does seem likely that we could see some of these alt-realities in the near future. And one could certainly include another version of Robert Downey Jr.’s take on Tony Stark. But according to this theory, a lot would have to happen.

For example, the Marvel Cinematic Universe would have to introduce the Fantastic Four in order to have Reed Richards in the story, and Kevin Feige has already stated their introduction could be quite some time in the future. While Marvel likely also wants to introduce Miles Morales into this universe – look at the popularity of Spider-Man: Into the Spider-Verse, his upcoming PlayStation 5 game, and the fact that he was hinted at in Spider-Man: Homecoming – it’s unsure whether they have any plans to have two Spider-Men in the Marvel Cinematic Universe.

There have already been plenty of rumors about alternate versions of Captain America and Iron Man appearing in future Marvel Cinematic Universe films. They would most likely appear in 2022’s Doctor Strange in the Multiverse of Madness. I mean, “multiverse” is right there in the name. However, it seems highly unlikely that this rumor would be true, mostly because of how many hoops Marvel would have to jump through to make this happen, and how much money they’d have to deliver to Robert Downey Jr.’s house for him to reprise the character he’s already played for over a decade. In our world, it seems like it won’t happen, but in the multiverse? Anything can happen there. 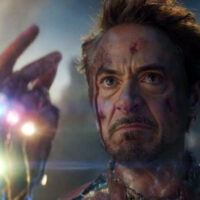