Robert Downey Jr. has earned his first 100% Rotten Tomatoes score for Sr., which is the Netflix documentary that follows the actor as he recounts the life and career of his late father Robert Downey Sr. The project premiered at the 2022 Telluride Film Festival in September and was released in selected theatres on November 18th. It will be available to stream worldwide from December 2nd.

“It all looks sweetly narcissistic,” the recently deceased veteran indie filmmaker says in the documentary. According to The Guardian, it’s a fair comment on the entire project.  Still, there’s something sweet, sad, and affectionate about this home-movie portrait, which Robert Downey Jr. created as an open-ended project in 2019. He was prompted to do so as his dad’s Parkinson’s diagnosis began to worsen.

The idea behind the Netflix documentary was that the pair would co-create it, with the elder Downey working on his own edit. But the movie ends with an emotional deathbed scene, as Robert Downey Jr. and his son say goodbye to their patriarch. The late filmmaker was known as a radical director who rode the countercultural wave in 1960s New York. He became famous for his wacky, irreverent 16mm films and for creating the anti-racist satire Putney Swope in 1969.

Exposing his young son to the dark side of the entrainment industry was also in the mix. And it’s something Robert Downey Jr. desperately wanted to explore in Sr. The Marvel star recalls how he slept in a cot wedged against an editing desk, got taken to see X-rated films at an absurdly young age, and went on a cross-country road trip as a kid where he was in charge of the hash pipe. “You did not give a mad f***, did you?” the Iron Man actor asks his father.

The elephant in the room during the Netflix documentary is Robert Downey Jr’s turbulent time as a drug-addicted young movie star. And the extent to which his father may be responsible for it. Fifty-five minutes into Sr., the actor addresses it directly, “I think we would be remiss not to discuss its effect on me.” His father readily admits that the time he spent in Los Angeles in the 1980s as a cocaine addict himself was 15 years of total insanity. But he doesn’t delve much deeper.

After filming his final interactions with his father, Robert Downey Jr. incorporate a little of the informal tribute the Downey family held for the late patriarch. With the help of director Chris Smith, the actor has a critical masterpiece with which to remember his dad. “I think everyone just felt happy and blessed and fortunate that we were able to preserve and capture a little bit of the life force that surrounded this person,” Smith said via The Guardian. “I think that was such a gift.”

Despite his turbulent upbringing, Robert Downey Jr. cleaned up his act to become one of the world’s most popular and sought-after actors. He is best known for bringing Tony Stark/Iron Man to life in the Marvel Cinematic Universe, with a performance that was instrumental in cementing the franchise as a multi-billion dollar juggernaut. 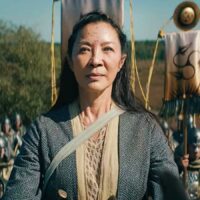 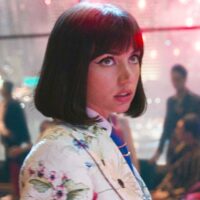 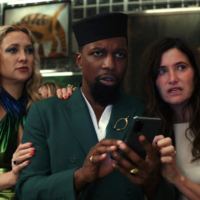 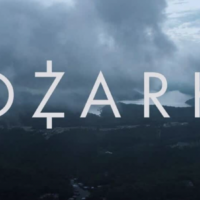