Has Robert Downey Jr. left the Marvel Cinematic Universe for the enemy? Why, yes he has, but before you all get bunched up about it, it’s his Team Downey production company that has taken on the DC Comic Sweet Tooth., which just released their Netflix trailer.

Sweet Tooth comes from the popular DC Vertigo comic of the same name, that was written and drawn by Jeff Lemire. The Robert Downey Jr.-produced series, which will be an eight-episode affair, is set in a post-apocalyptic world ten years after what has come to be known as The Great Crumble. From this event, a strange thing has resulted – a mysterious emergence of hybrids. These hybrids are born as part human and part animal.

To get your first peek at the upcoming Netflix series that Robert Downey Jr. produced, check out the Sweet Tooth trailer below.

Gus is a hybrid. He is part deer, part boy, and is ten years old. For ten years, he has been living in safety in a secluded forest home. But Gus wishes to find out what is beyond his safety. He longs to get answers. When Gus unexpectedly befriends a wandering loner Jepperd (Nonso Anozie), the two head out to seek answers together.

Nothing comes easy for the pair as they pick up other stragglers along the way. More humans and animal-children like Gus join them in their answer-seeking adventure across what remains of America. Along the way, the journey is fraught with danger as those wanting to rid the world of these hybrids are out there.

Joining Team Downey, which consists of Robert Downey Jr. and his wife Susan, are Hap and Leonard co-creator Jim Mickle, and Arrow showrunner Beth Schwartz, who will help produce for Warner Bros. TV. Sweet Tooth has been in development for a number of years, first being set up at Hulu. But after a period of inactivity on the project, it was moved over to Netflix, which quickly ordered an eight-episode launch. It helped that Robert Downey Jr. was attached.

Mickle, who is directing, co-writing, and co-showrunning the Robert Downey Jr. production along with Schwartz, spoke about Sweet Tooth via El-Shai, “We wanted to make a show that offers escape and adventure, where nature is reclaiming the world and in many ways it feels like a fairytale. Sweet Tooth is a new kind of dystopian story, it’s very lush and hopeful.” It is obvious that Mickle and company have high hopes for the series. “We want people to come into this world where there’s beauty and hope and adventure. This is a sweeping story — we ride on trains, climb mountaintops, run through forests. This is a show about what makes a family, what home really means, and why it’s important to keep faith in humanity.”

Beth Schwartz echoes her partner’s sentiments. “I think everyone is going to relate to the show and this story even more than we even thought when we first started working on it. When you watch Sweet Tooth, you feel hopeful about the future.”

On top of Anozie, the series will also star Christian Convery as Gus, Stefania LaVie Owen as Bear, Aliza Vellani as Rani Singh, and also brings along Will Forte for an episode and feature James Brolin as the series narrator.

This is not the first project based on a DC Comics Vertigo property, only the latest. Previous adaptations have included The CW’s iZombie, Fox’s and then Netflix’s Lucifer, and finally AMC’s Preacher. All three have been popular in their own right, so DC and Netflix are hoping Sweet Tooth follows. 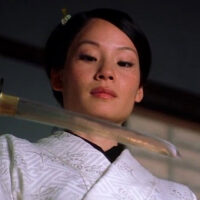