Amanda Seyfried is developing a musical based on Ridley Scott's Thelma & Louise.

Ridley Scott’s road crime drama Thelma & Louise is getting a musical adaptation. The project is currently being “workshopped” by Amanda Seyfried, who missed the Golden Globes due to the creative process, Variety reports. Evan Rachel Wood is also said to be involved in the production, which has been in development since 2021.

Both actresses are no strangers to musicals, making them the perfect choice for an adaptation of the Ridley Scott movie. Seyfried previously starred in Mamma Mia! and its sequel, Mamma Mia! Here We Go Again. Wood performed songs by The Beatles in Julie Taymor’s 2007 film Across the Universe. She also sang as Anna and Elsa’s mom in Frozen 2.

Ridley Scott’s Thelma & Louise screenwriter, Callie Khouri is writing the book for the musical with Haley Feiffer. Indie musician Neko Case is creating the score and Scott Delman is producing. Although Seyfried didn’t mention the project by name, the actress talked about her absence from the Golden Globes on social media.

“I had to miss it because I am working on something that is magic and musical,” she told her Instagram followers. “I’m finally getting to do something that I’ve never really done. That’s all I can really say about it,” she concluded. The secret project was later confirmed to be a musical version of Ridley Scott’s Thelma & Louise.

Directed by Ridley Scott from a script by Callie Khouri, Thelma & Louise follows two friends who embark on a road trip to escape their mundane lives. When a man they meet sexually assaults Thelma, Louise shoots him. Afraid that the police won’t believe their story, the pair become fugitives. When they are eventually found, they drive their car into the Grand Canyon.

The Ridley Scott movie stars Susan Sarandon and Geena Davis as the titular characters, alongside Harvey Keitel, Michael Madsen, and Christopher McDonald. Brad Pitt also appears in the film in one of his first major roles. Thelma & Louise was a commercial success, earning $45 million in the United States.

Over the years, the Ridley Scott project also influenced other projects and artistic works, becoming a landmark feminist film. It was also selected for preservation in the National Film Registry in 2016 after being declared “culturally significant” by the United States Library of Congress.

Despite the story’s popularity, it hasn’t earned a remake or reboot until now. Speaking to The Hollywood Reporter in 2021, writer Callie Khouri (who worked on the original Ridley Scott movie) said the musical would be a reimagining of the original concept. “It’s a completely different animal,” she said.

At the time, Khouri said that while they have a book and music, the creative team hasn’t been together in a long time due to the pandemic. “So it’s still in its nascent stages, but it’s very promising,” she told the publication of the Ridley Scott adaptation. 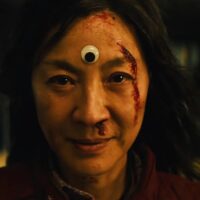 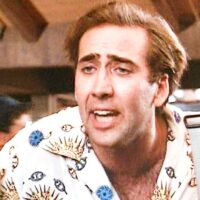 Nicolas Cage Planning To Do A Musical, Even Though He Can’t Sing 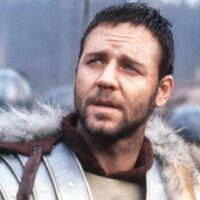 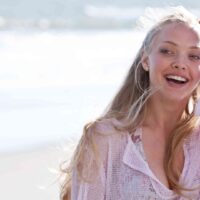