By Charlene Badasie | 2 hours ago

The third season of Titans is off to an explosive start with Jason Todd’s questionable choices leading to the death of a major DC villain. With Todd well on his way to becoming Red Hood, HBO Max is rumored to be developing a Red Hood movie starring the famed character.

According to That Hashtag Show, the folks at DC have been secretly working on a Red Hood movie script and are currently in search of the perfect director. So far the shortlist of candidates includes Shaka King (Judas and The Black Messiah), Robert Machoian (God Bless the Child, The Killing of Two Lovers), and Rose Glass (Saint Maud). The project is still in the early stages of development so there’s no word on a cast just yet. But the studio apparently has their sights on Tanner Buchanan (of Cobra Kai fame) to take the lead as Jason Todd/Red Hood.

The Red Hood movie is said to be loosely based on Batman: Death In The Family, with Todd, seemingly dying at the hands of the Joker only to reappear to exact vengeance. The story will be told from the perspectives of various characters like Jason Todd, Batman, Nightwing, the GCPD, and the Joker. The publication also states that the plot will also have ties to Chris McKay’s upcoming Nightwing film.

While nothing has been officially confirmed, the Red Hood movie news is in line with Walter Hamada’s plans to create DC films on a small scale exclusively for the HBO Max streaming service. In an interview with The New York Times Hamada, who is the President of DC Films, said that the studio plans to release two DC movies a year on the service.

The films won’t be anything like the gargantuan budget, main character showcase of the DC Extended Universe. They will focus on smaller, character-driven stories instead. He also didn’t rule out the possibility of expanding on the side stories from the CW’s catalog of shows.

For anyone who doesn’t know, the Red Hood is an alias used by various DC characters. But the most widely known person to assume the identity in the comics’ main continuity is Jason Todd, a former Robin who is killed by the Joker and then resurrected with a very different personality. The Red Hood movie would deal, in some part, with this story.

While the character hasn’t made an appearance on the big screen yet, DC show Titans is set to explore the Red Hood in its third season. The story will see Jason Todd (Curran Walters) ditch his Robin costume in favor of the Red Hood to take revenge on his old team after a big falling out.

The last time we saw Jason Todd on Titans, he was recovering from a brutal attack at the hands of Deathstroke. Already uncertain about his place in the team, he decided to leave after discovering that Dick Grayson had a hand in Jericho’s death. 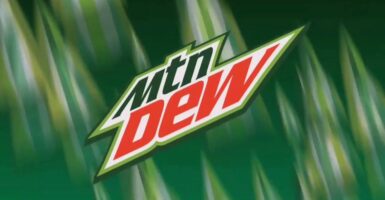 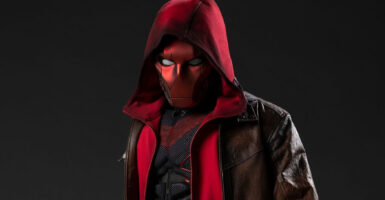