Nicolas Cage Returning To National Treasure For A Specific Project

Nicolas Cage is one of those actors that is always going to loom large over whatever project he is attached to. His style of acting and public persona shines through no matter what the role is. However, one franchise that he has maintained a constant connection to is the National Treasure films. Even though only two movies ended up getting produced, fans have been hoping for another entry for over a decade. Now, it sounds like there could actually be a chance for the franchise and its star to make a comeback.

Insider Daniel Richtman claims that Nicolas Cage will be returning for National Treasure 3, but that isn’t all that Disney has in store for the franchise. Richtman also says that the Mouse House wants to make a National Treasure television series for their streaming service Disney+. The key part of this rumor is that Cage is said to have “a role” in the series but there is no indication that he would be the lead character for this proposed series. If that is the case, it is unclear if Cage would be a recurring role, a supporting role, or if his involvement would only amount to a cameo or less.

At this point, it might be more feasible for Nicolas Cage to take a role in a streaming series instead of a feature film. Disney has made it very clear that they intend to focus their efforts on streaming projects over the next few years. For as large as the National Treasure movies get, it could be more cost-efficient for Disney to spread that kind of budget over the course of a series instead of filtering it all through a single movie. Not to mention that the theatrical exhibition system is going to be a strange beast in the coming years. As much as people have been wanting a third National Treasure movie, a series could be a more successful project.

That is doubly true if Nicolas Cage decided to sign onto the National Treasure series in the lead role. Television and streaming have become a much more accepted avenue for big stars over the last two decades. A lot of viewers have even seen television eclipse the majority of feature films as far as being dramatically satisfying. For as long as fans have been clamoring for another outing in the National Treasure, they might actually find that a streaming series could be a more rewarding way for the story to continue. A feature film might end up feeling too constrained. And if it doesn’t offer a satisfying conclusion, fans might once again feel that they are getting led on.

We will have to keep our ears and eyes open for any more news about Nicolas Cage’s involvement in the National Treasure series. Even though the last movie came out in 2007, the demand for another follow-up continues to stay surprisingly strong. One way or another, it is likely that Disney will find some way to exploit the franchise. 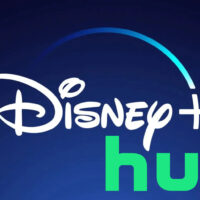 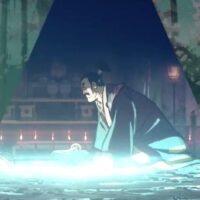