While Amy Poehler is probably best known for her work on Saturday Night Live and Parks and Recreation, in recent years, she’s also produced some of the most interesting and hilarious comedies in television, and begun a promising directorial career. In 2019, Poehler directed her first film, Wine Country, which debuted on Netflix, and now, Poehler’s second film for the streaming service, Moxie, is debuting on March 3rd.

Based on Jennifer Mathieu’s book of the same name, Moxie centers on shy 16-year-old Vivian Carter (played by Little Women and I’m Thinking of Ending Things’ Hadley Robinson), who is tired of the sexism and unequal treatment in her high school. Vivian discovers that her mother (played by Amy Poehler) was rebellious in her teenage years, and becomes inspired by her mom’s past history of fighting for change. To try and make a difference in her high school, Vivian publishes a zine, which starts a new revolution in her school.

As of right now, Moxie has a solid 60% on Rotten Tomatoes’ Tomatometer. Tomris Laffly of Varietysaid that Moxie is “a welcome entry into a familiar genre that will resonate with young audiences burdened by the unwritten rules of their respective educational institutions.” However, Peter Bradshaw of The Guardian said, “The target audience will surely be aware of the canon of superior, funny movies – and they will be baffled to see that Poehler doesn’t want to do something similar.”

In the last few years, Amy Poehler has produced great comedies that she hasn’t starred in. Poehler created her own production company, Paper Kite Productions, which is part of Universal Television. Through this, Poehler was the executive producer of such great comedy series as Hulu’s Difficult People – the streaming service’s first scripted series – and Comedy Central’s Broad City.

But Amy Poehler has had an impressive last few years as a creator, star, and host of many projects. In 2014, Poehler wrote her first book, Yes Please. Poehler would also star as Joy in Pixar’s Inside Out, on which she also wrote additional dialogue. Since Inside Out, Poehler has starred in two films with other Saturday Night Live alumni: 2015’s Sisters with Tina Fey, and 2017’s The House with Will Ferrell.

However, Poehler has also continued to appear in various shows even after the conclusion of Parks and Recreation. Poehler appeared in multiple episodes of Kroll Show, and was one of the lead actors in 2015’s Wet Hot American Summer: First Day of Camp, and 2017’s Wet Hot American Summer: Ten Years Later. Alongside her Parks and Recreation star Nick Offerman, Poehler has hosted NBC’s crafting reality competition series, Making It. Most recently, Poehler also co-hosted the 78th Golden Globe Awards with Tina Fey, and previously hosted the award show three other times with Tina Fey.

Even though Amy Poehler continues to make occasional appearances on television and in hosting gigs, it seems as though Poehler is content working behind-the-scenes on exciting new projects, and directing her own films. 2019’s Wine Country united Poehler with many of her friends from her Saturday Night Live days, including Maya Rudolph, Rachel Dratch, Ana Gasteyer, Tina Fey, and Saturday Night Live writers Paula Pell and Emily Spivey. While Moxie doesn’t seem to have any appearances from Poehler’s frequent collaborators, that seems to show that Poehler is growing more comfortable directing without people she’s worked with plenty of times before.

Amy Poehler’s second film as director, Moxie, makes its Netflix debut on March 3rd. Moxie looks to be a great choice for those who like teen comedies with something more to say, and Poehler’s comedic sensibilities. 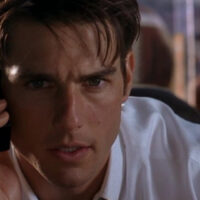 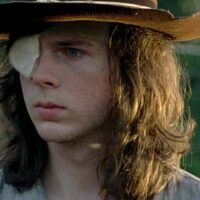