It looks like Man of Steel 2 is in the works at Warner Bros with Henry Cavill set to reprise the role of Superman. But there is no official release date for the movie.

Where are we with a possible Man of Steel 2? Although the merger between Warner Bros. and Discovery has been rocky (to say the least), one thing that all parties involved with the production company seem to agree on is Henry Cavill and Man of Steel 2. When Cavill first put on the Superman cape in Zack Snyder’s 2013 Man of Steel, he immediately was considered to be the top actor to ever don the Superman costume.

Somehow, Man of Steel never received a proper sequel even though Cavill would wear the cape again. But all of that appears to be changing as word on the street is that DC is now developing a Man of Steel 2 and Henry Cavill will one more time become Superman.

WARNER BROS. IS READY TO MAKE MAN OF STEEL 2 WITH HENRY CAVILL

The cat is out of the bag, so to speak, as it pertains to Warner Bros., Superman, and Henry Cavill donning the red cape one more time (hopefully more). Not many people then (or even now) understood new Warner Bros. Discovery CEO David Zaslav’s motivation behind his slashing of almost completed films (Batgirl is one prime example), while pulling other films from the production slate.

They do, though, understand his motivation behind Henry Cavill and his return as Superman – Cavill embodies the Man of Steel, and simply put, fans are demanding it.

But it’s not as if the outpouring of fan support to see Cavill back in the blue and red is the absolute and only motivating factor, Zaslav truly wants to see it happen.

Another pair firmly locked into seeing Cavill return as one of DC’s biggest heroes are Warner Bros. Pictures heads Michael De Luca and Pam Abdy. They are all in on a sequel to the point that they’ve installed Charles Roven as the Man of Steel 2’s producer.

With Charles Roven slotted as one of the producers for Man of Steel 2, the next order of business is finding a writer (or two or three, we all know how this works) who can bring back Superman properly. According to The Hollywood Reporter, the “wishlist” Warner Bros. has put together is led by Christopher McQuarrie.

While THR says he is the lead name to write the script, McQuarrie is also known as an extremely accomplished director, so it is unclear if Warner Bros. would be trying to get him to pen the script, direct Man of Steel 2, or both.

As a scribe, McQuarrie burst onto the screen as the pen that put together one of the more entertaining pieces of film of the last 30 years with The Usual Suspects. McQuarrie then got behind the camera for the first time as writer/director of The Way of the Gun. Then he met Tom Cruise.

This first meeting between McQuarrie and Cruise proved to be beneficial to both as they teamed up for a number of financially successful films. After Valkyrie, they then paired up for Jack Reacher, which McQuarrie wrote and directed.

Not only that, but McQuarrie also wrote the scripts for Tom Cruise’s Edge of Tomorrow, The Mummy, and the record-setting Top Gun: Maverick. So, you can see why Warner Bros. is looking at McQuarrie to pen the script for Man of Steel 2.

The bump in the road that Warner Bros. is facing at the moment when it comes to getting McQuarrie involved with Man of Steel 2 is that he is smack dab in the middle of filming Mission: Impossible – Dead Reckoning – Part 2.

And it was also recently announced that the prolific writer/director of all things Tom Cruise has just lined up one more project with Cruise. This one looks like it will be taking Tom Cruise literally into space (as in an actual spacewalk as part of the shoot) in an untitled SpaceX film.

If all of the above is not enough to understand why Warner Bros. is keen on bringing in McQuarrie for the Man of Steel 2, both he and Henry Cavill do have a history. McQuarrie directed Cavill in the sixth film of the Mission: Impossible franchise, Mission: Impossible – Fallout, which just so happened to be the last one released. It was a great pairing then and would be an awesome pairing moving forward if it were to happen.

But wait, Dwayne Johnson is Black Adam, not Superman. Yes, you are correct, but Dwayne Johnson is lending his muscle to bring back Henry Cavill as Clark Kent/Superman and apparently will not and did not take no for an answer. But before we get to that “secret,” let’s see where The Rock fits into Superman’s story.

As you may be aware, Black Adam has been a pet project for Dwayne Johnson for well over a decade. He has wanted to bring the DC anti-hero to the big screen and as of October 20, 2022, he will finally get his wish. But when it comes to Black Adam, just getting him on the big screen isn’t Johnson’s ultimate goal.

The Rock has not been shy about Black Adam, but he has also not been shy about his desire to get Superman involved with the Black Adam story. He has been quite vocal, in fact, about pitting the two against each other in a Black Adam versus Superman-type of film. Is the groundwork being laid for that scenario?

As the press tour commenced for Black Adam and Dwayne Johnson began to talk, he started dropping major hints about a surprise cameo that comes at the end of the film. While he didn’t come right out and say Henry Cavill’s name, he definitely inferred a Superman appearance. Now, is he just trying to get more butts in the seats for the film’s opening weekend or is Johnson truly bringing Cavill and Superman back?

However, it turns out, the bottom line is Johnson has made no bones about getting Cavill back and Black Adam could be a great way to lead Cavill into a Man of Steel 2 film, ultimately with the two squaring off in a Black Adam versus Superman battle.

What makes all of this speculation even more intriguing is that Dany Garcia, Johnson’s ex-wife, not only represents Johnson, but she is his producing partner at Johnson’s Seven Bucks Entertainment. And, oh by the way, Garcia also represents Henry Cavill.

When it comes to Superman in Black Adam (POSSIBLE SPOILER TIME), Cavill was not in the initial plans for the film. The first thought of bringing him in happened during reshoots but when it was brought up, it was denied by then Warner Bros. head, Walter Hamada.

You see, Hamada already had plans for Superman and one of the big ones was to introduce a Superman story written by Ta-Nehisi Coates; Hamada had no desire for a Man of Steel 2 nor to see Cavill reprise the role.

But Dwayne Johnson didn’t get into his lofty position in Hollywood by taking no for an answer. Instead of dealing with Hamada, The Rock went around him and right to De Luca and Abdy, who were immediately on board. There was some intense negotiating that happened before Labor Day and then the Black Adam and Superman scene was shot. As for what appears in the film, IF, it appears in the film, we will soon see.

Other than these few juicy tidbits, there isn’t much more known about Man of Steel 2. Cavill remains a much sought-after and very busy actor with Enola Holmes 2 set to premiere on Netflix and the feature Argylle on deck. After that, The Witcher star will be seen in The Rosie Project and then is rumored to be taking on the lead role in the remake of Highlander.

To top all of that off, there are always the persistent rumors of James Bond, a role that has many of Cavill’s fans pushing for him to get. So, where a Man of Steel 2 would fit in is anyone’s guess, but where there is a will, there is most definitely a way. Dwayne Johnson will see to that, if you can smell what he’s cooking.

THERE IS NO OFFICIAL RELEASE DATE FOR MAN OF STEEL 2

Again, this is all still pretty new. While it did seem like we would get a Man of Steel 2 rather quickly after the first movie, it’s been a long and slow grind through the Justice League to get to even talking about it now.

We should have more word starting to come in now that Warner Bros. is taking more of a focus on the DC Extended Universe. 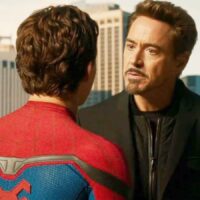