How far would you go for love? Would you face giant monsters that killed everything you loved? That’s the question in the first trailer for Love and Monsters, the new post-apocalyptic adventure romantic comedy coming to video-on-demand October 16.

Check out the Love and Monsters trailer right here:

This second film by director Michael Matthews, who previously directed 2017’s Five Fingers for Marseilles, was originally announced in 2012 as Monster Problems and The Hollywood Reporter then said it was being described as “a post-apocalyptic road movie in the vein of Mad Max and Zombieland with a John Hughes-esque love story at its center.” This first trailer certainly gives off that vibe. Love and Monsters is written by Brian Duffield, who wrote Insurgent, The Babysitter, and this year’s Underwater, and Matthew Robinson, who wrote last year’s Dora and the Lost City of Gold.

The Plot Of Love And Monsters

Love and Monsters is set seven years after an event known as the “Monsterpocalypse” occurred, in which monsters came to Earth, killed most of the humans and left the survivors to live underground.

The Maze Runner series’ Dylan O’Brien plays Joel Dawson, who watched his parents die when the monsters landed and has been searching for seven years for his high school girlfriend, Aimee (Jessica Henwick). But finally, Joel receives a radio transmission from Aimee and decides to finally leave the underground and attempt to traverse the eighty miles to the woman he loves.

In addition to Dylan O’brien and Jessica Henwick as Love and Monsters leads, there’s a stellar supporting cast.

Rounding out the Love and Monsters cast is The Suicide Squad‘s Michael Rooker, who plays hunter Clyde Dutton, and his companion, Minnow, played by Ariana Greenblatt. Jessica Henwick, who was also in Underwater, is probably best known for her work on Game of Thrones and Netflix’s Marvel shows, including Iron Fist, The Defenders and Luke Cage.

Love and Monsters was originally planned for release in March of this year but was then moved to April, and then again pushed to February 2021. However, last month, Paramount decided that Love and Monsters would go straight to video-on-demand, four months earlier than planned. Now it will be released on streaming October 16, 2020.

Paramount COO Andrew Gumpert said in a statement via The Hollywood Reporter last month about the new release of Love and Monsters, “Given the demand for new, high-quality entertainment right now, Paramount has decided to release Love and Monsters widely on digital platforms.” Gumpert continued, “While we eagerly look forward to the reopening of movie theaters, we wanted to make this original and imaginative film available for everyone to enjoy at home.”

Paramount was one of the first studios to look to alternate release possibilities during the COVID-19 pandemic. The studio sold the Issa Rae-Kumail Nanjiani romantic comedy The Lovebirds to Netflix, decided to forego a theatrical release for The SpongeBob Movie: Sponge on the Run in the United States for a CBS All Access release in early 2021, and was one of the first studios to push many of their upcoming releases, like A Quiet Place Part II, Top Gun: Maverick and Mission: Impossible 7.

Watch for our review on October 16 when Love and Monsters hits video on demand platforms. 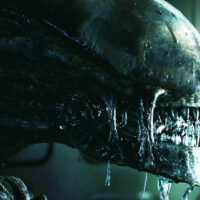 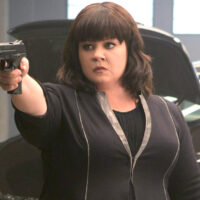 Melissa McCarthy Has The Most Popular Title On Streaming