As the president of Lucasfilm, Kathleen Kennedy has a nearly impossible task. She has to carry on the spirit and story of Star Wars (not to mention Indiana Jones, Willow, and the inevitable American Grafitti reboot) under the burning, fevered gaze of a billion fans with expectations that could never possibly be met. However, it appears that Kennedy has no fear of raising those expectations even further. At the recent Star Wars Celebration, Variety asked Kennedy how long things could go on for the franchise from a galaxy far, far away, and she did not hold back with her answer:

Lucasfilm president Kathleen Kennedy on expanding the #StarWars saga: “It could go on forever… if we have good storytellers, it will go on forever.” https://t.co/krIcPEs5tx pic.twitter.com/K18s6Qcree

That’s right. Kathleen Kennedy says that Star Wars can go on forever. As far as Walt Disney Studios (the parent company of Lucasfilm, Marvel Studios, and Pixar) is concerned, “can” means “will” go on forever. To be fair, Kennedy does also stress the importance of good writing and the importance of thinking forward to a longer sequence of events rather than one-offs, which is more than anyone else has ever done (despite George Lucas’ nebulous claims of having trilogies sketched out for years). So as long as Kathleen Kennedy is in charge, we can look forward to the saga of Skywalkers, people who spontaneously decide to call themselves Skywalker, Mandalorians, various Fetts, and many others long after we have all shuffled off this mortal coil. Star Wars is forever.

Jokes aside, there truly is no reason why Star Wars could not continue on indefinitely. One of the greatest accomplishments of George Lucas and all his creative collaborators and heirs is that they did actually create a relatively cohesive fictional universe. There is both the current canonical Star Wars with its immortal Emperor Palpatines, various Knights of Ren, and Babu Friks; there is the now non-canonical Star Wars legends, which Lucasfilm is increasingly using to mine material for their various Disney+ shows. The powers that be have also realized the potential of having a timeline both vaguely defined and with some specific fixed points, so they can be producing shows like the upcoming Acolyte, which takes place hundreds of years before the prequels, and The Mandalorian and its cross-pollinating shows, taking place between Return of the Jedi and The Force Awakens.

Although her stewardship of Star Wars has not been without missteps (and also having to deal with the racist fans harassing actors), Kathleen Kennedy has the experience to keep the franchise going forward. Although she was not particularly well known to the public before assuming the presidency of Lucasfilm after Disney purchased it, she has been involved with Star Wars for decades. She originally began working for filmmaker John Milius in the 1970s, which led to a job with Steven Spielberg; her first credit as a producer is for E.T. the Extra-Terrestrial, which is a pretty big deal. She has also been involved in a ridiculous amount of legendary films, including the Indiana Jones films, Who Framed Roger Rabbit, Gremlins, and basically all the movies that defined the last half of the 20th century. So if Kathleen Kennedy says Star Wars can go on forever, maybe she is on to something. 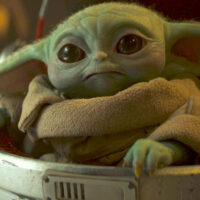 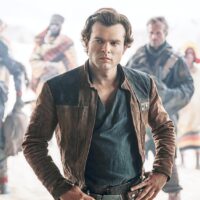