With the run up to upcoming Star Wars television series set to debut soon on Disney+ like Obi-Wan Kenobi and the third season of The Mandalorian, the Star Wars franchise is looking to expand its universe with interesting additions that are likely to send fans into a joyous applause. Some of these additions will focus on a time in the Lucas era that predates many of the events shown in semi-recent films like Star Wars: Episode VII – The Force Awakens and Star Wars: Episode I – The Phantom Menace. One specific series is called Star Wars: The Acolyte, and it will explore certain elements that Disney once discarded as part of the extended universe, but seems to finally be listening to fans about.

The new series, Star Wars: The Acolyte, is still in pre-production and is set to most likely premiere in 2023, but it already has a lot of buzz around central plot points not talked about since the first Star Wars took over the box office in 1977. As reported by IGN, the new series may highlight the roles of some well-known characters, with references to old names like Supreme Chancellor Palpatine, who eventually moves into the position of Emperor of the Galactic Empire. IGN states that Palpatine may not be in the series just yet, but fans may find themselves engrossed in storylines of his master, Darth Plagueis. IMDB suggests that the series will provide insight into a version of Star Wars that reflects a galaxy of shadowy secrets, as the dark-side powers come to be in the last days of the High Republic era.

As the first onscreen depiction of the High Republic era, Star Wars: The Acolyte will take place 100 years before the Skywalker storylines. Showrunner Leslye Headland previewed ideas for the new series to Vanity Fair, where she described the storyline set in an era of great wealth and transformation for the galaxy far, far away. The dark-side seems to be non-existent and the Jedi that are around in this world are not aware of the Sith that audiences know will be secretly trying to take over control of the Republic. The series currently only has one star attached, Amandla Stenberg, who many should remember from the movies The Hate U Give and the iconic role of Rue in The Hunger Games.

For context, Star Wars: The Acolyte showrunner Headland is apparently a voracious connoisseur of all things related to the Star Wars franchise. Headland is a fan of the Expanded Universe, which consists of the many books, fan fiction, games, and comics that make up the unofficial Star Wars collection. Headland comes from a producing background on hit shows like Russian Doll and Single Drunk Female, as well as films The Bachelorette and Sleeping With Other People. Having a showrunner that is such a fan of the franchise and everything that makes up audience appeal, Star Wars: The Acolyte may be one series to look out for when it debuts. 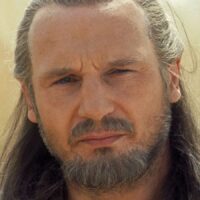