As John Wick 4 begins production, Lionsgate is eyeing action movie stalwart Scott Adkins for the fourth installment in the popular franchise. According to Deadline, the action star is currently in negotiations to appear alongside Keanu Reeves in an undisclosed role.

As a martial artist, Scott Adkins is mostly known for his roles in direct-to-video action movies like the Undisputed franchise, El Gringo, and Jarhead 3. But it didn’t take long for his work to earn him a spot in more high-profile projects. The English actor has since starred in American Assassin, The Expendables 2, Zero Dark Thirty, The Bourne Ultimatum, Doctor Strange, and X-Men Origins: Wolverine (where he played Ryan Reynolds’ Weapon X double). He also hosts the YouTube show The Art of Action where he interviews a variety of action stars and examines how action movies work.

Adkins is currently filming the Netflix action-comedy Day Shift with Jamie Foxx, Meagan Good, and Dave Franco. And if negotiations with the studio go well, he will be adding John Wick 4 to his impressive list of credits.

John Wick 4 was first announced two years ago, immediately after the record-setting opening weekend of its predecessor which earned over $300 million at the global box office. Plot details are currently under wraps for now, but the movie will be a direct sequel to 2019’s John Wick: Chapter 3 – Parabellum.

At the end of John Wick: Chapter 3, John Wick suffered multiple injuries after being betrayed by Ian McShane’s Winston. So it makes sense for John Wick 4 to pick up where the story left off. Production began earlier this week in Germany, with Keanu Reeves reprising his role as the eponymous assassin.

Chad Stahelski will be taking over directing duties from franchise creator Derek Kolstad. He will be working from a script penned by Shay Hatten and Michael Finch. John Wick 4 will be produced by Stahelski, Basil Iwanyk, and Erica Lee under the Thunder Road Pictures and 87North Productions banners.

Fans were first introduced to John Wick in 2014. The original film told the story of a retired hitman who is out for revenge after his car is stolen and his dog (a gift from his recently deceased wife) is murdered. Throughout the franchise, Wick becomes known for his special set of skills and is eventually hunted by the High Table. It’s safe to assume that the story will continue in theme in John Wick 4.

After John Wick 4 hits theaters, Lionsgate will be working on the fifth movie in the franchise. There is also a prequel series called The Continental in the works, as well as a female-led spinoff directed by Len Wiseman called Ballerina. Keanu Reeves has promised to continue making sequels, as long as the films are successful.

John Wick: Chapter 4 is currently scheduled to make its debut in cinemas on May 27, 2022. 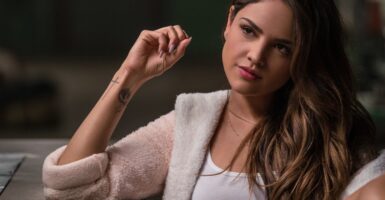