Every actor out there wants to be a part of the Marvel Cinematic Universe, right? This is an easy assumption for many of us to make. From the outside, it would seem like any and every actor would want to be a part of a franchise like Marvel. It seems like a great way to make a huge paycheck on at least one project. Moreover, once you’ve in the Marvel Cinematic Universe, there’s no telling how many projects you might later end up in, all of them hopefully with large paychecks. On top of that, having your name attached to these projects could make finding other work easier. It seems like a dream. During a recent interview, Jeffrey Wright was asked about his Marvel future. His answer was surprising.

While talking to CinemaBlend, Jeffrey Wright was asked if he would ever like to play The Watcher in a live-action Marvel Cinematic Universe production. Right now, the actor is voicing the character in Marvel’s What If series on Disney+. It’s the only place The Watcher currently exists, which is currently unique in the series. Does he see himself playing The Watcher in other projects soon? It must be something he’s thought about since the part has him working as part of a Marvel project. Surprisingly, this is what he told CinemaBlend:

I don’t really think about it in that I just really try to keep things simple. I’m trying, at least in my life, to simplify, even though at times that’s complicated. But I try to take it step-by-step, and they asked me if I wanted to be a part of this, would it be interesting to me, and it was, and I dig this character.

This response from Jeffrey Wright was so human. It must be overwhelming to have a busy and active Hollywood career. Things change quickly in his industry. Jeffrey Wright, who has been on Westworld for years and who was part of The Hungers Games franchise as Beetee, knows the industry well. He took on The Watcher for Marvel because the character interested him. Apparently, when he decided to take this on, he made it simple. He didn’t look at it as a franchise. He didn’t consider the possibilities of years down the road–and that sounds like an intentional choice, as it would be difficult not to think about that when talking about Marvel. Instead, he chose to sign on for a project where he liked the character and thought it had interesting possibilities.

Like the rest of the ideas that What If brings up, we’ll have to wait and see if Jeffrey Wright as The Watcher ever becomes part of something else at Marvel. There’s room for it among their many projects. If the character does come up again, it sounds like they’ll have to make sure the ideas are interesting enough to catch the actor’s interest.

Recently, Jeffrey Wright also signed on for Batman: The Audio Adventures where he’ll be voicing Batman himself for DC. The project has him working alongside John Leguizamo who will voice Riddler and Rosario Dawson, who will be voicing Catwoman in the series. The Batman series will be part of HBO Max’s podcast offerings. 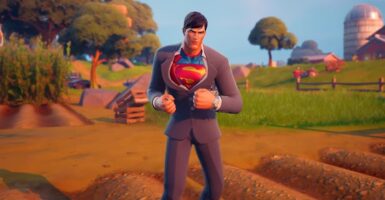 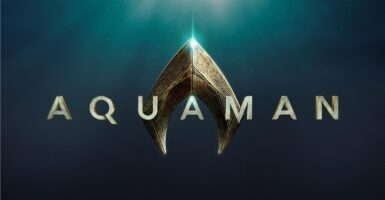