From the Kingdom of Atlantis to the deserts of Arrakis, now Jason Momoa is setting his sights on the video game realm. Expanding his relationship with Warner Bros, the actor is in the final stages of negotiations to star in the studio’s Minecraft movie. The Hollywood Reporter confirmed that filmmaker Jared Hess (of Napoleon Dynamite fame) will direct the project which is based on the popular video game from Sweden’s Mojang Studios.

Launched in 2011, Minecraft is a sandbox video game created by Markus “Notch” Persson in the Java programming language. Players get to explore a 3D blocky world with an almost infinite terrain. Along the way, they discover and mine raw materials, create their own tools, build structures, and develop simple machines. Depending on the chosen game mode, players can do battle with computer-controlled mobs. They can also interact with other players in the same world, deciding to cooperate with or compete against them – which sounds like a great premise for the Jason Momoa movie.

Since its release, Minecraft has been ported to several gaming platforms. As of 2021, the game sold over 238 million copies and racked up about 140 million monthly active users. The critically acclaimed game has also won several awards over the years and was cited as one of the greatest video games of all time. Due to its popularity, it spawned various adaptations, merchandise, the annual Minecon conventions, and now the Jason Momoa film.

Interestingly, a Minecraft movie has been in the works for quite some time. Shawn Levy, Rob McElhenney, and Peter Sollett were all in consideration to direct the project, with Steve Carell lined up to star. But it was shelved for various reasons. Now, with Jason Momoa taking the lead – it will probably be a very different take from whatever Warner Bros had in mind with Carell.

Jason Momoa can pretty much pull off any role. He first rose to prominence on Baywatch: Hawaii and appeared in other successful television shows. This included a run on Stargate: Atlantis before he really made an impact on audiences as Khal Drogo on Game of Thrones. He currently stars as Baba Voss on the very popular Apple TV+ science fiction series See.

In 2016, Jason Momoa achieved superstar status for his portrayal of Arthur Curry / Aquaman in the DC Extended Universe. The 42-year-old also played Duncan Idaho in 2021’s movie adaptation of the science fiction novel Dune. His next big project is Aquaman and The Lost Kindom, for which there are no official plot details. But it was the film’s star who pitched a story for the sequel during the production of the first installment.

James Wan resumed directing duties for the Jason Momoa starrer, with David Leslie Johnson-McGoldrick writing the script. Wan also served as producer on the DCEU project, alongside Peter Safran. Filming took place in the United Kingdom, Hawaii, and Los Angeles. The project officially wrapped in January. Aquaman and the Lost Kingdom is currently set for release on March 17, 2023. 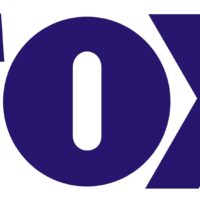