House of the Dragon has a lot to live up to (and to live down that last Game of Thrones season) and the critics are speaking.

When Game of Thrones ended in 2019, it was under a pall of grumbling fans and disappointed critics. All in all, it was a lukewarm reception to the final act of the Song of Ice and Fire adaptation and one of the most significant television series of all time. HBO is looking for some redemption with the upcoming prequel series House of the Dragon, which takes place hundreds of years before the familiar events of the first show. Early reports for House of the Dragon are beginning to roll in, and it looks like HBO might have a new success story on its hands.

House of the Dragon is being described by critics with words like “vibrant” “worthy successor” and “heavyweight.” All of these feel pretty positive, especially considering the expectations on the first new show to take on the world of Game of Thrones are pretty sky high. The final season of Game of Thrones had a perceived drop-off in quality that was met with a backlash that made fans retroactively question whether they had actually liked the show to begin with. House of the Dragon has the unenviable task of telling a new story with new characters, but also getting fans back on their side. However, it seems that HBO is at least pleasing the critics.

The prequel series House of the Dragon takes place two centuries before the events of Game of Thrones. House Targaryen has held the Iron Throne for generations, in large part due to their mastery of dragons and their terrifying powers; at this point, there appear to be plenty of dragons to go around, but all is not well in the royal family. As the series begins, King Viserys I (Paddy Considine) is the reigning monarch, and has named his eldest child Rhaenyra (Emma D’Arcy) as his heir. However, there has never been a reigning queen, and from the looks of the trailer, many people are not happy with the idea of a female leader. In particular, Visery’s brother Daemon (a very creepy-looking Matt Smith) seems to feel slighted by not being named the future King, so things are probably not going to be happy families for very long. 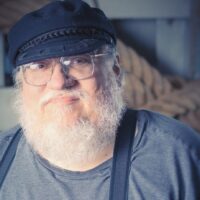 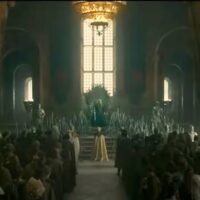