The Haunted Mansion Reboot Adds The Queen Of Horror

It looks like Jamie Lee Curtis will be joining the Haunted Mansion reboot, adding more talent to the cast of the movie

Disney has a handful of franchises raking in money by the billions. Their live-action remakes are in full swing, with The Little Mermaid and Mufasa: The Lion King showcasing at D23. Their Star Wars universe continues to grow as Andor, The Mandalorian, and Tales of the Jedi showed what fans of the galaxy far, far away could anticipate. The Marvel Cinematic Universe also grew with trailers and announcements for Secret Invasion, Thunderbolts, and Werewolf by Night, creating more excitement for the rapidly expanding MCU. One franchise that flies under the radar but has made a significant amount in its own right is the films based on theme park attractions. Pirates of the Caribbean and Jungle Cruise lead the way as smash hits, while Tomorrowland and Tower of Terror flopped at the box office. The newest, a reboot of Haunted Mansion, enlists the help of Jamie Lee Curtis to grab success.

The reboot of the 2003 film, now with Jamie Lee Curtis, will see a single mother, Gabbie (Rosario Dawson), purchasing an old mansion in New Orleans. When she gets there, she and her son discover that the mansion is not as empty as they hoped, with ghosts haunting every corner. She hires a team of “experts” to rid the house of the spirits in a last-ditch effort to take ownership of the estate. Her team consists of Lakeith Stanfield as Ben Matthias, a grieving widower who once worked on a camera that could perceive paranormal activity but now works as a ghost tour guide. Tiffany Haddish as Harriet, a clairvoyant hired to speak to the spirits. The rest of the team is Owen Wilson as Priest Kent and Danny Devito as a smug professor. Jamie Lee Curtis has been cast as the classic Haunted Mansion character, Madam Leota, portrayed by Jennifer Tilly in the 2003 version.

Scream Queens are actresses that feature prominently in horror films, typically as the primary protagonist. Jamie Lee Curtis established herself as one of the most influential scream queens when she starred in her first-ever role as Laurie Strode in the first Halloween movie in 1978. She then went on to star in a trio of horror films two years later. The Fog, Prom Night, and Terror Train were all released in 1980 and solidified her as the scream queen moving into the new decade. But her role in the Halloween franchise (eight movies in just over four decades) saw Jamie Lee Curtis revolutionize slasher films and pave the way for Nightmare on Elm Street and Friday the 13th. Now she has teamed up with Disney to bring horror film royalty cred to their newest reboot of the classic, Haunted Mansion.

Other actors added to the cast are Wynona Rider and Dan Levy in undisclosed roles and Jered Leto as the Hat-Box Ghost. With a star-studded cast brought together, there is a good chance that the Haunted Mansion reboot will continue the string of successful films based on their theme park rides. And with horror royalty like Jamie Lee Curtis leading the way, the film has all it needs to top the box office in March of next year. 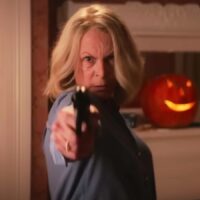 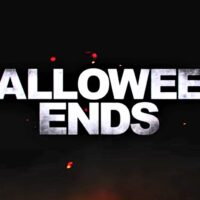