When the first movie in the Has Fallen franchise, Olympus Has Fallen, premiered in 2013, it was led by director Antoine Fuqua, starring Gerard Butler as Secret Service agent Mike Banning, Aaron Eckhart as the President of the United States, and Morgan Freeman as Speaker of the House.

Olympus Has Fallen was meant to be a one-off, but the success of the film just begged for a sequel. Not only did the movie get one sequel in London Has Fallen, but it eventually turned into a trilogy with its latest installment, Angel Has Fallen. If you think the franchise is going to stop there, you better think again. Plans are big for more of the Has Fallen franchise. Much more.

Ric Roman Waugh directed the third film in the franchise, Angel Has Fallen, and will be returning for the fourth film, which has already received a green light. Gerard Butler has already signed on to return as Banning and while the plot of the movie has not been revealed – though you can bet something “Has Fallen” – Waugh’s comments on what he would like to see are quite interesting.

The third film had Freeman returning – both he and Butler have been in all three films – and this time, he is the President of the United States. The film also introduced Mike Banning’s father, Clay, who was played by veteran actor and noted troublemaker Nick Nolte (48 Hours, Teachers). Waugh’s vision, as it were, includes a Freeman versus Nolte showdown, via Movieweb.

“I’m all in on another …Has Fallen,” said Waugh. “We are talking about scripts and storylines right now. I want to see Mike Banning with his two dads. I mean, in Angel Has Fallen, you got to see him navigate with two dads, but you never saw the two dads in the same room. And I mean, what more fun can you have than to stick Nick Nolte and Morgan Freeman in the same room and just have them kick the crap out of Gerry Butler? That’d be fun. So yeah, I’m all in if that comes down the road.”

These comments from the director seem to indicate that both Freeman and Nolte will be coming back along with Butler. Butler, who has been making more action films lately, will next be starring in the disaster flick Greenland. Butler also spoke about the possibility of a fourth film.

“Yeah, I think you will be seeing another,” he said. “We’re toying away with another really fantastic idea that we’re working on at the moment that obviously we can’t say too much about.” Butler also talked about the timing of his character’s return, “I think with everything going on, we need him. He needs to come back.”

If producer Alan Siegel has his way, there won’t just be a fourth Has Fallen movie, but a fifth and a sixth. In fact, series star Gerard Butler is signed on for six films. The films have combined to bring in a tad over $500 million in box office receipts. Siegel, who is also the president and CEO of production and management company Alan Siegel Entertainment, says six films are absolutely in the works.

Siegel also said that six Has Fallen films would not be enough. While speaking at the American Film Market, he also mentioned that the company is mulling over the possibility of selling the franchise IP to the international market for possible television spin-offs and these actors could make an appearance in future Has Fallen films.

“If we do it in India, the star of that could come into Angel Has Fallen 4. It could be a symbiotic relationship,” he told the Market via Deadline. Also on that same panel with Siegel was the President of Millennium Media, who produces and sells the Has Fallen movies, spoke about how they had to change their story tactic from just simply blowing stuff up to a more character piece. “We looked at each other on the third one and we thought we couldn’t just blow up another city,” said Greenstein. “This time. Maybe next one we will.”

So, who’s ready for more Gerard Butler, Morgan Freeman, Nick Nolte, and Has Fallen? Ready or not, it looks like there are going to be many more entries in this action franchise. 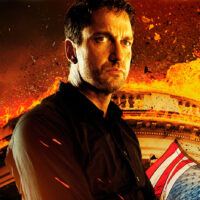