Harley Quinn has become one of the biggest stars of the DCAU. That is especially true of her hit series, the Harley Quinn show, which has its home on HBO Max. While fans are patiently waiting for word on the potential third season of that series, it has now been announced that a spin-off show is in development. This spin-off series is going to be called Noonan’s. Noonan’s is named after a hitman by the name of Steve Noonan, and it is said to be the hangout for Gotham’s worst villains. The new cartoon series will also debut on HBO Max.

The Harley Quinn show has certainly been one of the most well-received shows that have been developed by DC. The current critic rating for the series is at 94% on Rotten Tomatoes, with the audience rating at 88%. Those are some great numbers across two seasons, and now a spin-off venture has been born from that. While Noonan’s is not going to fully revolve around Quinn, she and Poison Ivy are both set to appear in the first episode. They are also said to continually appear throughout the first season. Noonan’s is going to concern itself with the same type of humor that the Harley Quinn show puts forth while bringing in many more DC villains. The bar is said to be purchased by Kite Man, but he has tons of trouble running the place. Quinn, Poison Ivy, Lex Luthor, and Bane have all been names confirmed to appear in the new spin-off.

While fans seem to be divided on most of the movies that have been released thus far by DC, the consensus for the DCAU is generally positive. Harley Quinn is one of the most refreshing takes on the villains and heroes that have been integral parts of DC. An alcoholic Jim Gordon is one of the hilarious examples that has been changed to match the humor of the show. Also, Bane and his voice in the Harley Quinn show is clearly a parody of the Bane that existed in The Dark Knight Rises. Now there is going to be even more to love about the universe that was created by Harley Quinn. Patrick Schumacher, who is a writer and producer for the Harley Quinn show, confirmed the news that Noonan’s is currently in development. He claims that “It will be kind of like ‘Cheers‘ for supervillains.” A popular hangout for all DC villains sounds like a wonderful idea.

Harley Quinn Season 3 is currently in development and the hope and rumors are that the newest season is set to air sometime later this year unless the show gets pushed to early 2023. While fans wait for the news of the show’s return, we may also get to see Noonan’s sometime in early 2023 as well. DC having two animated shows air around the same time on HBO Max might be what everyone needs to get over the hump of having to deal with the more recently released DC movies and the drama that has come with them. 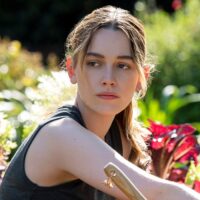