Gerard Butler is fairly removed from his gladiator days at this point, opting to take different kinds of movies that aren’t quite as stylized and “groundbreaking” and shirtless. But you’d be remiss to forget that in the late aughts, this guy was part of a massive movie that featured him and all his muscular glory. And apparently, this film was set to get a follow-up when Zack Snyder wrote a script for a 300 sequel over the pandemic. But the plot hit a snag when, according to The Playlist, Snyder ended up writing a love story between Alexander the Great and his friend and adviser Hephaestion. The studio wasn’t into this story at all.

According to Zack Snyder in the interview, he was asked to do a follow-up script for 300. And apparently, during downtime in 2020, Snyder wrote a sequel to the film for Warner Bros. But according to The Playlist, the studio passed on the film, in part, because it ended up being a love story between two rather unlikely fellows. Snyder said the studio wasn’t interested in part because it took the story in a direction they weren’t expecting. It’s unlikely this next movie in the franchise would have included Gerard Butler because the events Snyder describes happen more than one hundred years after the events of 300. That being said, we’ve seen Snyder play with time in these movies before.

In the original 300, Gerard Butler plays Leonidas, the King of Sparta who is leading a group of soldiers trying to fend off an attack from the Persians during a massive war between them and the Greeks. The film, based on the Frank Miller novel of the same name, is a stylized and highly fictionalized version of the events, drawing on some actual occurrences but also throwing in elements of lore, bringing around the God-like presence of some different characters that give it more the feel of the epic stories of the time.

300 was a massive hit when it first came out. On a $60 million budget, it took in more than $460 million at the box office. Audiences loved the mixture of action with a totally new look for movies at the time, showing off a different style than we were used to seeing on the big screen. That it mixed an ancient story with an updated feel for the action is where it successfully dovetailed two ideas. Gerard Butler was a big part of this success, clearly looking the part of the Spartan soldier physique while also bringing humanity to a movie that could have felt anything but.

There was actually a follow-up to 300  in 2014 with 300: Rise of an Empire. Technically, Gerard Butler made an appearance in this film as Leonidas, but it was a computer-generated flashback. That’s because this story was told in parallel to the original movie, but didn’t have the same set of characters. It also dealt with a longer timeline than the original. Snyder was involved as a writer and producer but not a director. This flick earned back $330 million on its $110 million budget but also represented the end of the line for the 300 franchise.

It’s unlikely, even with a new story, that Gerard Butler would return to a new 300 movie. It very much feels like that story was already told and sorted. Even if another came along, it would likely be in name only without a ton of overlap to the original. No worries, Butler has plenty to work on these days. He’s in post-production on Cop Shop as well as All-Star Weekend and has also set up to reprise his role as “Big Nick” in Den of Thieves 2: Pantera. 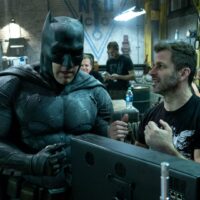 There Is Another Snyder Cut Movie That We May Never See 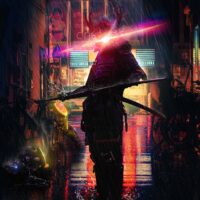