Not much is known about HBO Max’s foray into the world of the caped crusader. Just this year the streaming platform announced that Barbara Gordon – aka Batgirl – would finally be getting her solo film. Excitement is high for the Bat Family as Matt Reeves’ gritty noir film The Batman will hit theaters in March. Fans can be excited that there will be no shortage of bat related vigilantes. While there has not been a plethora of information released for the new movie, that may change soon as the feature has just started filming. According to a set photo Culture Crave tweeted, audiences can look forward to more than Barbara donning the bat suit. She will also be playing the role of police officer.

The photo is ambiguous at best, though it does suggest a couple different avenues Batgirl — who will be played by Leslie Grace — could be going down. This may mean that she is a beat cop but more than likely implies that she will be working around or for her father Commissioner Gordon. J.K. Simmons is confirmed to return as Gordon, Batman’s liaison to the Gotham City Police Department. Barbara’s name plate may be a clue as to how she gets into her life of fighting crime outside of the law.

The only other big casting news to come out of Batgirl is Brendan Fraser appearing as Garfield Lynns (via Entertainment Weekly). Lynns is a supervillain also known as Firefly. The villain has been a Batman foe for some time. One of his earlier incarnations was a robber who used light as special effects. Later Firefly developed into a darker version of the character who was a pyromaniac (per Inverse). With HBO allegedly giving Barbara Gordon a dark origin story (via ComicBook.com), the latter is more likely.

This should not come as a complete surprise to readers of the comics. Barbara’s storyline has often been included mature themes. Batgirl has been around since the ‘60s, but one of her most traumatic storylines was in Alan Moore’s graphic novel Batman: The Killing Joke (via CBR). Later adapted into an animated film, The Killing Joke depicts the Joker shooting Barbara which results in her becoming a paraplegic. Though iconic, this storyline was another brutal example of The Joker’s crimes. After her accident, Barbara’s character was revamped into a computer expert with the codename Oracle.

Batgirl has had a long history of compelling storylines for the film to take from. HBO’s film adaptation is taking inspiration from the New 52 continuity (per CBR). Comic writer Gail Simone has written impressive stories for Batgirl and has been praised for her contribution (via Comic Years). This bodes well for the film as Simone’s interpretation of characters were also used for 2019 film Birds of Prey (via CBR). There is a lot riding on the new film as Barbara has not always had the best live-action adaptations.

No one is soon to forget the tragically infamous film Batman & Robin starring George Clooney and Chris O’Donnell. Alicia Silverstone appeared as Batgirl and was adapted as Alfred Pennyworth’s niece. Another strike against Barbara’s onscreen depictions was The WB’s Birds of Prey television series. Barbara was portrayed by Dina Meyer and this time in the Oracle persona. Though that was more accurate to the source material, the series only lasted 13 episodes. With the new DC Extended Universe, Barbara may finally be getting her due when Batgirl streams exclusively on HBO Max in 2022. 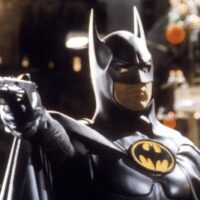 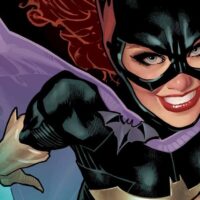 See The First Live Look At The New Batgirl In Costume 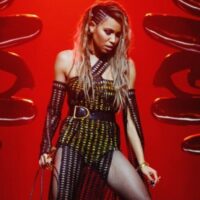