Wallace & Gromit, the stop-motion duo from England, are getting a new Netflix movie in 2024, their first since 2008.

By Jonathan Klotz | Published 5 days ago

Celebrating the 30th anniversary of their legendary short film, The Wrong Trousers, Wallace & Gromit is coming back with a brand new movie and a new video game as well. The greatest stop-motion characters to come out of Britain, and arguably the best overall depending on your feelings about James Bond and a certain boy wizard, WallaceandGromit.com has announced a plethora of celebrations honoring the cheese-loving inventor and his best friend. The biggest announcement is the release of their first movie since 2008’s A Matter of Loaf and Death.

Wallace & Gromit should not, on paper, be a worldwide success with amusement park rides, video games, movies, and multiple highly-rated television specials. Created by Nick Park with Aardman Animations, each of the films centers on Wallace, an inventor that purposely makes devices around the theory of “using a sledgehammer to crack a nut,” and Gromit, his anthropomorphic beagle companion. Usually, whenever trouble comes for the pair during their adventures it’s Gromit that chases off the villains, while Wallace is often cheerfully unaware of what’s actually going on.

The first three short films featuring the pair, A Grand Day Out, The Wrong Trousers, and A Close Shave all sport a 100% fresh rating from Rotten Tomatoes and audience scores over 90% as well. Pound for pound, Wallace & Gromit have the most successful entries of any franchise on the planet. Not bad for a pair that had to deal with a criminal mastermind, that just happens to be a penguin, altering techno-trousers and accidentally becoming engaged to a serial killer.

Here in the United States, Wallace & Gromit broke out with their first feature length film in 2005, Curse of the Were-Rabbit, a delightful parody of the old monster movies from the 30’s. The pair of life-long friends try to help a town besieged by rabbits before the annual Giant Vegetable Competition, which is a description that does not do the movie justice, but the quaint, old-timey nature of Wallace & Gromit is hard to explain. Difficult translating the British nostalgia and sense of humor resulted in the film being a box office failure in the United States, though it has since gained a cult following.

2023 is the 30th anniversary of The Wrong Trousers, with limited performances in England of the show with a live orchestra. The upcoming brand-new movie will stream exclusively on Netflix in 2024, but for readers on this side of the Atlantic, that’s not the only way to celebrate the duo. The Grand Getaway is a VR experience for the MetaQuest that lets users walk along and take part in a Wallace & Gromit adventure like never before.

Stop-motion animation in the United States recently had a widely successful new entry thanks to Guillermo del Toro’s Pinocchio, and one of the creepiest movies of all time, Coraline, was also done in the unique style. Wallace & Gromit may not fully translate outside of England, but the delightful duo and their wacky Rube Goldberg-inspired inventions remain an unique sense of joy and wonder even in the modern age. More Wallace & Gromit is never a bad thing, and after so long away, a new film is far more than fans ever expected, though they have to wait patiently until 2024. 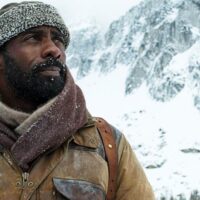