Previously, we exclusively reported that Robert Pattinson’s The Batman would introduce Joker. The classic villain was set to appear near the end of the new DC movie, setting up his role for The Batman 2. Joker was joining a movie already full of classic villains. Now, one of our trusted and proven inside sources have provided us with an important and exciting update. Not only was Joker supposed to appear in The Batman, but Mad Hatter as well. Now, both The Batman villains have been cut from this first movie. However, there’s no reason to fret. The villains will still be used in Robert Pattinson’s DC movies. While both Mad Hatter and Joker were cut from the first movie, the new plan is for them to be used in The Batman 2.

This adjustment to the first movie isn’t too much of a shock. From what we learned previously, Joker’s appearance in The Batman was only meant to set up his larger role in The Batman 2. That decision would have made sense as a way to provide more continuity from one film to the next, but it likely wasn’t essential. There’s a lot happening with The Batman villains already, so moving Mad Hatter and Joker to the sequel may be a way to tighten the story for the first movie.

There is another reason this shift for The Batman villains isn’t all too surprising. Several months ago, one of our sources informed us that Robert Pattinson had his own ideas for The Batman 2. It sounds like he’s really been pushing to make his voice heard. For one thing, we learned that it was important to the actor that the sequel earns an R-rating. Intriguingly, we learned he was pushing for The Batman 2 to be a Long Halloween adaptation. While we were unable to confirm at this time that Robert Pattinson is getting his way with these demands, it certainly does match up with having Mad Hatter and Joker in The Batman 2.

We know that The Batman is going to include villains like Penguin, Riddler, and an always complicated Catwoman. The Batman 2 will need to up those stakes by doing something like introducing even more The Batman villains. The Long Halloween storyline works well because it introduces so many of them. The comics were published in the mid-1990s. The 13 issue run includes a serial killer, two crime families at war, and a whole lot of iconic villains. While adaptations from the screen are always free to make adjustments, the comics included Joker, Mad Hatter, Scarecrow, Riddler, and Poison Ivy in its long list of villains.

While the confirmation that Joker and Mad Hatter are being planned for the sequel makes it sound like Robert Pattinson may get the Long Halloween adaptation he wants, we can’t yet be sure that’s what’s happening. All signs do point that way, though. With The Batman finally releasing on March 4, 2022, it’s good news that they’re tightening up the first movie and making plans for The Batman villains in part two. Hopefully, that will mean a brief wait for the sequel. 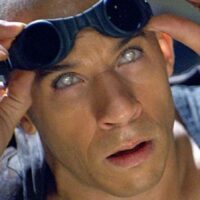