Look, we know what is happening with the streaming wars right now. There’s been an absolute run on original and adapted content of late with nearly everyone trying to shore up their catalogs for the long haul. That’s why we are seeing more and more movie brands begin to transition into series form. In this way, studios and streamers can have their cakes and eat them too around specific franchises. And it looks like we are going to get another one. The latest Giant Freakin Robot exclusive from our trusted and proven source has it that a Ghostbusters TV series is currently in development from Sony. This will be a major move around one of the most iconic franchises ever.

Few details are known about how this Ghostbusters TV series will shake out or how they will put it together. Given the nature of the latest movie in the franchise, there are a number of different threads to pull that wouldn’t necessarily mean having to bring back the original, or most recent, characters back into the mix for the next story. It could happen for sure, but it need not be the case for how this franchise has started unfolding.

One piece that likely helps in the development of a Ghostbusters TV series as it begins to separate from the original movie, or even the recent reboot is that the Ghostbusters name in that world has taken on cultural significance. They are actual real heroes, but because they are so mild-mannered, others have realized they can also take up the fight against the evil and supernatural. A series around the name would only need the main characters to have taken inspiration from the original, or the new, group. In that way, the logo can come along for the ride as well as some of the tech without having to make sure there was another on-screen reunion.

Again, this is all conjecture. What we know now is that the Ghostbusters TV series is in the works and I think we can all agree there are a number of different directions it could go. Heck, they just moved the relative base of operations out of New York City and into rural Oklahoma. That’s where much of Ghostbusters: Afterlife took place, after Egon’s character left the Big Apple and started working on bigger problems in the country before ultimately dying.

And based on the success of Ghostbusters: Afterlife, one can see why there’d be an appetite for more stories in this franchise. On around a $75 million budget, the flick topped $196 million dollars at the box office last fall. That’s a solid number considering theaters were still coming back at full capacity. And while it brought back the original folks in their previous roles, it also introduced Paul Rudd, Carrie Coon, Finn Wolfhard, and McKenna Grace as the leads. We are likely to see that group back in the planned sequel.

In all, we will have to wait and see how this Ghostbusters TV series comes together or where it lands. Sony is still one of the few studios without a streaming platform, meaning though it’s in development, we aren’t sure what service or network it could hit. 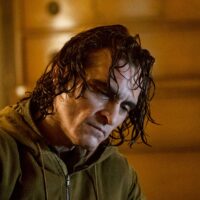 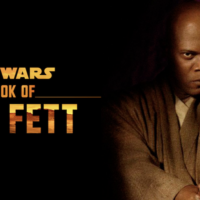