Before he was known for starring in franchises, Dwayne Johnson was a wrestler who managed to score big with a role in The Scorpion King. This was back in 2002. When he went to see that movie in theaters, he caught a trailer for the 2003 release, Pirates of the Caribbean: The Curse of the Black Pearl. In that moment, he wished for a career as great as Johnny Depp’s. He wanted to be in a movie like that someday. He shared this story several times while promoting Jungle Cruise, a Disney film that’s been heavily compared to Pirates. Dwayne Johnson is fine with that comparison. Ultimately, he seemed to be encouraging it. After all, starring in a Disney film so similar to Pirates was as close to his dream as he was going to get, right?

It seems the tides have turned. Thanks to some work from one of our trusted and proven inside sources, we have now learned that Disney wants Dwayne Johnson to lead his own Pirates of the Caribbean spinoff project. Since we’re hearing they want him as the lead character, it appears to be separate from the Margot Robbie spinoff they are currently working on. It should also be separate from the direct sequel. Everything we’ve learned makes it appear that Disney is going all-in with their efforts to expand and revive the franchise after Johnny Depp’s exit as Captain Jack Sparrow.

While we were able to learn that Disney wants Dwayne Johnson to lead his own Pirates of the Caribbean spinoff project, we weren’t able to learn how far along the studio is in its dealings with The Rock. While the actor has been public about his previous dream to make a movie like Pirates someday, that doesn’t necessarily mean he’ll want to jump on board.

Assuming the finer details of a deal can be worked out, it does seem exactly on target for the type of project Dwayne Johnson would sign on for. He has a strong working relationship with Disney, a great history with franchises, and a personal tie to Pirates in particular.

While we learned that Disney wants Dwayne Johnson to lead his own Pirates of the Caribbean spinoff, we weren’t able to learn if that’s the only goal. With other projects currently in the works for the franchise, it would make sense if his character appeared in either Margot Robbie’s spinoff or Pirates 6 before his own solo project. Of course, that only makes sense if the projects are all that tightly linked. Right now, it’s known that Disney is working on spinoffs to grow the franchise after Johnny Depp’s exit. It isn’t known how the story will be structured across those projects.

Pirates of the Caribbean is a franchise that seems like it’s going to be difficult to revive. While the first five films have earned Disney a great deal of money, they were built around Captain Jack Sparrow. This is a fact Disney does seem to recognize. That’s why they signed on Margot Robbie–so they could build a new series based a star audiences love. Hedging their bets with another powerful star like Dwayne Johnson is one of the more powerful moves they can make. From all appearances, Disney is giving everything they’ve got to reviving this franchise. It’s going to be interesting to see if Dwayne Johnson wants to be a part of that. 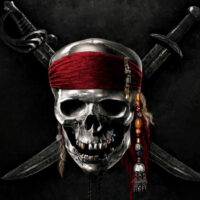 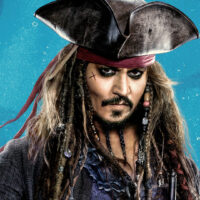 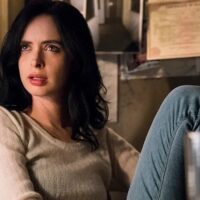