Donald Glover is one of the most talented, most versatile artists working today. Known on stage as Childish Gambino and onscreen as himself, Glover skillfully juggles life as a musician and as a popular actor. From starring in Dan Harmon’s beloved comedy Community to creating, writing, and starring in the acclaimed FX series Atlanta, the young actor has transcended genres and become a performer who can do pretty much whatever he pleases. Now, Glover has pointed out the impact of cancel culture on modern movies and television, and the internet, predictably, has thoughts.

According to Donald Glover’s Twitter page (via Summit News), cancel culture is to blame for how “boring” most films and televisions have been in the past few years.

Here is the beginning of the Twitter thread where Donald Glover appeared to condemn cancel culture and his take on its affect on pop culture.

And wrapped it up with…

Some have defended Donald Glover, saying that he was talking about television shows and movies getting cancelled for not being safe enough. Others, however, were immediately outraged. We have included tweets reflecting both schools of thought below:

Let’s dive into this a bit. The way Donald Glover’s original tweet is worded could definitely be interpreted either way, and it looks like that is exactly what is happening. It is not clear if he meant to be ambiguous with his word choice, but what is clear is that the divide between those wanting accountability within the entertainment industry and those who are a bit more lenient has never been more obvious. There is obviously some gray area here that needs acknowledging. But the fact stands that regardless of how you interpret his words, Glover has highlighted a key problem in entertainment that is affecting the stories we watch. And that is worth some heated-but respectful-debate.

On another note, Donald Glover has inadvertently shed light on the “cancel culture” phenomenon that is currently dominating so much of the conversation. From Gina Carano’s firing in February to the ongoing Armie Hammer controversy, there has been plenty to discuss just this year alone. And there honestly does not seem to be a right answer to the questions being posed. At least not yet. On one hand, it is amazing that we are finally holding problematic people accountable. That is long overdue, and I hope it continues. On another, whatever happened to letting people grow and learn from their mistakes? Obviously, there are some who absolutely don’t deserve careers and who need lots of time behind bars. Harvey Weinstein and Bill Cosby are two easy examples. That’s why examining these things on a case-by-case basis is everything. But I digress.

It will be interesting to see how Donald Glover’s comments continue to be interpreted. His tweet already has around 70,000 likes and is enjoying plenty of retweets, but it is very likely–even probable– that the conversation will veer toward vitriol sooner than many would like.

We will have to see how this plays out. Hopefully, it will not get any nastier and needlessly hostile than it already has. 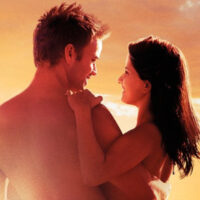