Scientists Are Searching For Living Dinosaurs In The Congo

Young Earth Creationists is a term to describe those who believe the words of the bible to be factual in every way. They believe in the words so much that they claim the earth to be 6,000 years old and that dinosaurs and humans once walked the earth side by side. These creationists are hellbent on wanting to prove that Darwin’s theory of evolution is false. How would they go about this? Well, by traversing deep into the Congo to find a living and breathing dinosaur. William Gibbons is a Young Earth Creationist on top of being a cryptozoologist, one who searches out mythical animals to be real. Gibbons claims that a dinosaur lives deep in the jungle.

Gibbons has seen fit to travel some 100 kilometers into Cameroon, where he claims to have heard the bellow of a beast that can only be described as a dinosaur. This deep and guttural sound made by this animal can only apparently only come from that of a dinosaur. Gibbons and his team believe that if they are to find this dinosaur deep in the jungle, it would serve as a massive scientific triumph. Discovering a living and breathing dinosaur would be enough of a marvel to thrust anyone who accomplished this at the height of the scientific community. However, Gibbons believes that finding a dinosaur would also put a screeching halt to the ideas of evolution put forth by Charles Darwin. If dinosaurs still exist, then there would be no way that evolution happened millions of years ago.

While Bigfoot is the most known of the cryptid animals, cryptozoologists also hunt for the Loch Ness Monster and Chupacabra. Any mythical or lore-based animal that you have ever heard of is the focal point of research for those in this field. While that might sound strange to some, even stranger still is the fact that Gibbons and his crew also believe these animals exist and serve their purpose of proving that the earth is only 6,000 years old. While there is no mention of Bigfoot in the bible, it appears to have led these creationists on a hunt for some mythical dinosaur in the Congo. Gibbons had apparently sought out a creature known as the Mokele-Mbembe, back in 2013. This mythical beast is said to be a sauropod-like creature that is the size of an elephant and contains grey skin. There have been plenty of eye-witness reports and claims that this creature exists in the jungle of the Congo. A Mokele-Mbembe killing was also reported around in 1959 by a missionary named Eugene Thomas.

There are a ton of legends told behind this dinosaur that lived into the modern era, but much like the elusive Bigfoot, there are no substantial reports apart from hearsay. Hopefully, Gibbons does not sacrifice his life for the pursuit of something that is not there. One of his crew members grew ill already on the previous expedition, and someone could wind up being killed as a result of this wild goose chase. Hopefully, no one starts Jurassic Park, otherwise, everyone is in huge trouble. 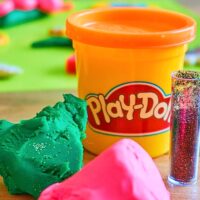 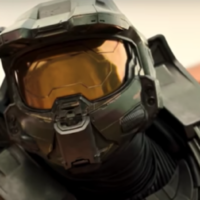