Bane has come to life inside a Kyln prison, thanks to brand-new fanart of Drax the Destroyer as the Man Who Broke The Bat. Australian digital artist Mizuri (real name Jayden) shared a photo edit of actor Dave Bautista in Bane’s distinctive luchador mask, with Venom tubes running down his Kylosian build. The juice is spewing a putrid green mist, illuminating the padded wall behind him. The Nova Corps’ digital display skips Bane’s equipment in favor of a quick FAQ on the Gotham supervillain’s criminal history, which includes “22 counts of murder and five counts of grievous bodily harm” — a legal term for the more tongue-in-cheek “self-mutilation.”

Check out Dave Bautista as Bane below:

Mizuri sketched Bane into Dave Bautista’s tatted body in eager anticipation of an upcoming DC project centered around Amanda Waller’s main muscle. Despite a Giant Freakin Robot exclusive alleging as much, nothing is set in stone just yet, but like everything in storytelling, the process begins with a concept — which the Melbourne art student graciously provided. The Guardians of the Galaxy star is rumored to be in contention for a DC Extended Universe reiteration of the pro wrestler either in a standalone movie a la Black Adam or a major franchise entry like a sequel to Robert Pattinson’s The Batman, whichever Warner Bros. is most ready for. Bane was last played by Venom star Tom Hardy in Christopher Nolan’s The Dark Knight Rises.

Despite claiming in a post-pandemic Ellen DeGeneres interview how bodybuilder roles are aptly and cruelly behind him, Bautista himself has expressed great interest in Bane, hoping to put his own spin on the beloved Batman rogue. Playing Bane would give Dave Bautista the opportunity to tap into his dramatic roots and serve as ruthless antagonist for a change, instead of the big-bodied comic relief he was relegated to in the MCU. Drax has a rather funereal comic backstory, an angle that was really only explored in the first Guardians of the Galaxy movie. A shame, given the wealth of narrative that could be derived from such a calamitous tale of family, vengeance, and murder. Bautista has always decried the way Drax was portrayed in live-action, finding it shallow and basic to say the least, hence Bane may finally be his chance to let loose.

With his involvement in the Marvel Cinematic Universe taking a back seat in time with James Gunn’s departure, Dave Bautista has thrown his championship belt in the rival party’s ring hoping to snag a couple of high-profile DC roles; aside from Bane, he’s also considered being interstellar Czarnian mercenary Lobo in a future DC Extended Universe title. Bautista is certainly no stranger to whizzing across the galaxy searching for bounties to collect. To add fuel to the fire, he’s rumored to be one of a select few Warner Bros. is already deliberating for the role, alongside the likes of Jeffrey Dean Morgan, who happens to be Dwayne Johnson’s (Black Adam) pick for Lobo. Morgan already played billionaire Thomas Wayne in Zack Snyder’s DC films.

Speaking of pro wrestlers, Mizuri is betting on Dave Bautista squaring off against another ex-WWE in the DC Extended Universe, either Johnson’s Black Adam or perhaps John Cena, who played Christopher Smith/Peacemaker in Gunn’s The Suicide Squad and is scheduled to reprise the part in his own HBO Max solo miniseries. Unfortunately, Bautista is no fan of his fellow wrestlers making it in Hollywood and would rather skip any kind of extended collab if he can help it. According to reports, the Army of the Dead star would rather expand his acting resume by mingling with dedicated creatives than share the screen with another wrestler with aspirations just like his.

Still, not even Dave Bautista has considerable say on who gets cast in a movie; not only that, wrestling contemporaries Dwayne Johnson and John Cena are two of the most sought-after talents in Hollywood at present, and avoiding them is going to be just as tricky as losing any stereotypical bodybuilder roles. At some point, the trio is bound to cross, either as hero vs villain or two baddies working together.

Dave Bautista is currently shooting Knives Out 2, with Guardians of the Galaxy, Vol. 3 still in pre-production. He will appear in this year’s Dune adaptation and next year’s Thor: Love and Thunder. 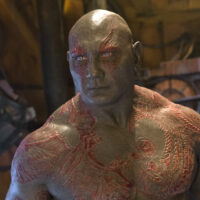 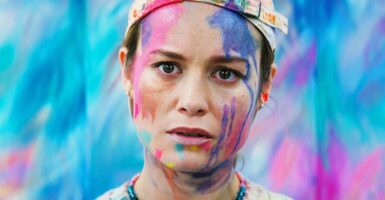