Henry Cavill is fast becoming a busy actor in Hollywood. So busy that you’d think he couldn’t take on much more. Days ago, Giant Freakin Robot exclusively reported that he is taking on a new film, a romantic comedy called The Rosie Project, based on a novel of the same name. Now, Deadline has checked and confirmed our initial report. Cavill has signed on to star as Don Tillman in the rom-com to be written and directed by Steve Falk. The project is early enough that they still don’t have a co-lead to play Rosie. Deadline believes that the romantic comedy will begin filming in early 2022, so they should be making progress on finding the actress soon.

The Rosie Project has actually been in the works for a few years now. Back in 2015, Jennifer Lawrence was briefly attached to the role before negotiations soured. The story follows Henry Cavill’s Don Tillman, a genetics professor. Never having been on a second date, Tillman didn’t much see himself as someone with a dating future until someone suggests that he’d be a good husband. He then moves forward in his romantic pursuits by putting out a questionnaire to help him find the love of his life. He knows exactly who she should be. Like him, she should be punctual and have her life in order. That’s when he finds Rosie, who is nothing like the woman he knows he is looking for. Naturally, though, he falls in love with her. The Rosie Project first came out as a novel by Graeme Simsion in 2013.

At this point, Henry Cavill is associated with many roles, some of them we’ve seen and many of them upcoming. We know him as Superman for DC. He’s going to be in the Highlander reboot. He has finished up filming The Witcher season 2 for Netflix, which has turned into a major role for the streaming service. He’s also signed on to return for Enola Holmes 2 for the streaming service. Recently, we exclusively reported on his role in an upcoming spy movie, which has also since been confirmed. For a while, it seemed like Henry Cavill was set on signing up for action-heavy roles, but with his growing list of upcoming projects, it seems like Cavill is ready to show us that he has some more diverse skills as a lead in a variety of projects.

Many DC fans have been worried that he may not reprise his role as Superman again. Even if that does prove to be the case, it doesn’t seem like there will be any lack of Henry Cavill in both movies and television series. It’s going to be interesting to see what he signs up for next.

When he isn’t busy acting, Henry Cavill is making headlines for his Instagram posts and interviews. He’s made a bit of a name for himself as a gamer, and recently discovered he couldn’t beat one part of the game that takes place in the same franchise he stars in. It’s things like this that are likely going to make him more relatable as a celebrity as he continues to grow his presence as a celebrity. 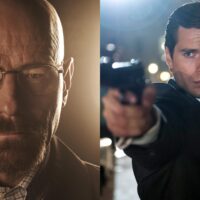