As Disney and the Marvel Cinematic Universe prepare to release the sequel to 2018’s Black Panther entitled Black Panther: Wakanda Forever, there is currently a shroud of secrecy over the film due in large part because Disney is not revealing who the new Black Panther is in the movie. After the death of Chadwick Boseman in 2020, many rumors have swirled around about who could take the actor’s place playing the titular character, and now audiences may have their answer prior to the sequel’s debut. A new 45-second promotional trailer has dropped for the sequel, and in it, it appears that the figure playing Black Panther may in fact be Princess Shuri.

According to a report by ComicBook.com, theories have begun circulating that Princess Shuri, played by actor Letitia Wright, might be the new Black Panther since the promotional trailer shows a pair of wrist gauntlets belonging to Shuri in a battle scene. The sequence in question occurs at the 38-second mark of the trailer, which reflects Black Panther in battle and firing shockwaves from the wrist gauntlets. As the sister to Chadwick Boseman’s character, Shuri often wore similar gauntlets in Black Panther, as well as Avengers: Infinity War and Avengers: Engame. Prior to the promotional trailer’s release, rumors that Shuri could be taking on the reigns left by T’Challa started spreading as she was seen as the most likely candidate, but other characters like M’Baku, Nakia, and a surprise appearance by Killmonger, played by Michael B. Jordan in Black Panther could be possibilities as well.

Chadwick Boseman died of colon cancer at the age of 43 in August 2020, leaving a legacy of performances in film, both for Marvel Studios and other productions like his Academy Award-nominated role in Ma Rainey’s Black Bottom. Director Ryan Coogler had the unfortunate task of deciding how to proceed with a sequel to Black Panther, as the original movie was a huge financial success at the box office and a sequel was rumored to be planned for future phases of the Marvel Cinematic Universe. Coogler chose not to recast Boseman’s role with another actor, but rather introduce a new Black Panther into the franchise, keeping hopes alive from loyal fans looking for an established character to take on the titular part in the upcoming sequel.

Black Panther: Wakanda Forever is due to be released in theaters on November 11, 2022 as the final film of the Marvel Cinematic Universe’s Phase Four, which will lead into Phase Five next year with Ant-Man and the Wasp: Quantumania starring Paul Rudd and Evageline Lily, as well as Guardians of the Galaxy Vol. 3 directed by James Gunn. The sequel to Black Panther will costar many returning champions like Letitia Wright as Shuri, Academy Award winner Lupita Nyong’o as Nakia, Danai Gurira as Okoye, Danai Gurira as M’Baku, and Angela Bassett as Ramonda. Newcomers to the franchise will include Dominique Thorne as Riri Williams, aka Ironheart, Tenoch Huerta as Namor the Sub-Mariner, and Primetime Emmy Award winner Michaela Coel as Wakandan warrior Aneka. 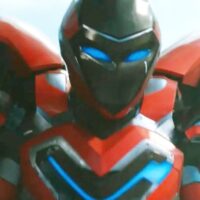