HBO produced original programming before streaming was ever an option. This has given us several decades of original programming from the network and now that they’re on board with their own streaming service, there is a lot of content to dig through when you sign up.  To narrow it down, you need to know what the best series on HBO is.

Over the years, HBO has set themselves apart by being a network where you can find shows they wouldn’t air on the more traditional channels. They became known for swearing, sex, and violence. As they’ve grown, they’ve become known for award winning series. A lot of their shows are dark. They take unexpected turns. At their best, they are packed full of characters viewers can’t stop watching.

On this list, we’re looking at some of the best series you can find when you sign up for HBO. Some of the series on this list are currently airing, but with so many years of content creation, a lot of them are shows that aired for many years and are now perfectly bingeable.

This list was narrowed down using the critics’ scores while also taking into consideration the lasting impact and following of some of the series on this list. For the sake of narrowing things down further, it doesn’t include mini-series. Still, there are many honorable mentions–there are too many series on HBO streaming for any one list to conquer–but these are the best HBO series available right now.

Westworld is a science fiction/Western that manages to cover a lot in only two brief seasons. Dark and strange myths, a futuristic western-themed amusement park for adults to do morally questionable things without consequences (or at least that’s the proposal), plot twists that keep you guessing, and a top of the line cast all come together to make this show stand out in HBO’s best of lineup.

Some of the best HBO streaming has to offer includes a lot of dark comedies and quite a few shows based on best selling novels.

Big Little Lies is based on Liane Moriarty’s novel of the same name. The story is about little lies that turn into something much bigger. It follows characters played by Reese Witherspoon, Laura Dern, and Shailene Woodley at the center, with a show stealing Nicole Kidman. At first glance it sounds like a drama like many others, with murder and family troubles, but it’s the performances, the characters, and the subtle storytelling and twists that make this show stand out.

When one man creates a game-changing app, he needs to get investors and keep working to make his mark and turn his startup company into something bigger. The story builds out as a group of friends work their way through the ups and downs of business. Silicon Valley is an American comedy series about working in the tech industry. It’s often compared to Office Space, which was also created by Mike Judge.

Interesting note: Alec Berg is one of the writers and producers behind Silicon Valley. He has also worked on two other best HBO comedies streaming on this list: Curb Your Enthusiasm and Barry.

This profanity-laced western (there are 1.56 F-bombs per minute) has an outstanding cast and a smattering of real-life historical figures. Fan favorites include Calamity Jane, Wyatt Earp, George Hearst, Wild Bill Hickok, and of course, Al Swearengen.

This story follows Deadwood, South Dakota in the 1870s as danger and corruption turn the settlement into a small town. This show’s a rough and tumble western with characters that keep you coming back to find out what brutal thing will happen next.

Despite its popularity, this used to be a controversial show to recommend. It was cancelled with many unresolved story lines. Now, we have the Deadwood movie, also streaming on HBO, so there’s never been a better time to binge this one. Deadwood: The Movie had a score of 98% positive from critics.

Have you been watching Barry? I recently recommended this show to a friend and had a difficult time trying to explain the tone they should expect from this show.

Bill Hader, of SNL fame, created Barry for HBO. He often writes and directs the episodes and is the star of the show. His character, Barry Bergman, is a hit man. Yes, his job is dangerous and takes him into wild scenarios, but mostly, it’s a way to make a living doing something he knows how to do, like if you picked up a job in retail in high school and wound up working that job for the next ten years. The show follows Barry–the hitman–as he decides to take acting classes in LA and begins to connect with other people and build a life for himself.

This is a dark comedy with incredible writing, and my personal favorite streaming on this list of the best series on HBO.

This best HBO comedy embraces cringeworthy humor. If you can enjoy watching a dark and awkward (and morally messed up) guy go about his life, then you’re probably going to be a big Curb Your Enthusiasm fan.

Larry David created and starred in Curb Your Enthusiasm, a sitcom following a TV writer in LA. This show was known for using improv and often featuring celebrities who played themselves on the show.

Veep earned HBO 67 Emmy nominations and 14 wins over its seven seasons. That in itself is worth taking a second look at Armando Lannucci’s ensemble comedy series. Starring Julia Louis-Dreyfus as the Vice President of the USA, Veep is a political satire that is both hilarious and cynical. You won’t root for political heroes to overcome the darkness, you’ll be laughing at the darkness. Veep does its very best to have you laughing every few minutes and is well known for having eerily accurate to real life events that add to the laughs.

The Larry Sanders Show is older than most of the series on this list. It aired on HBO from 1992 to 1998. This sitcom followed a team working on a fictional late night talk show and had real life celebrities played parody versions of themselves on the fictional late night show. Larry Sanders influenced a lot of sitcoms that have come after it and earned many awards during its run.

If you have somehow avoided watching Game of Thrones on HBO over the past few years, I hope you’ve also avoided some of the bigger spoilers. You probably know this series has dragons, fans talk about it a lot, and you’ve possibly heard that “Winter is coming.” This is all true.

This fantasy series is based on George R. R. Martin’s novel series, “A Song of Ice and Fire“. It’s about dragons, for sure, but it’s also about politics and war. There is sex, violence, and more characters than you’d expect, all of them with their own twisted motivations as they work to out maneuver each other and take over the world.

In the early 2000s, everyone was talking about The Sopranos. For many, it was the reason they subscribed to HBO.

The Sopranos is a drama series about mobster Italian families. The show follows Tony Soprano and his suburban family, as he battles with other mobsters and the FBI. Understandably, Tony Soprano is battling with a lot of stress. One of the interesting things about this series is watching Tony Soprano, an all around bad man (he’s responsible for a lot of violence in the world) deal with his anxiety, his family, and the things that make him very human.

The show is a funny family drama but it’s also a serious crime show with incredible violence. You’re going to want to talk to people about the finale after you watch this one. Don’t say we didn’t warn you.

The Wire is intense. It’s a good show to start when you know you have time to binge and it’s even better if you can watch it with someone else, so convince your friend to bunker down and bring lots of snacks for this one.

The Wire follows the police and drug dealers in Baltimore. There aren’t necessarily “good guys and bad guys” in this series, this story is a more human look at both sides as many characters (journalists, politicians, and more) show new angles on a very human situation.

The Wire stands out amongst other best HBO streaming series options for being realistic, covering deeper topics than are normally seen in crime dramas, and for its very insightful and human characters while still being edge of your seat viewing.

HBO is talking to Greg Berlanti about heading up a new television series based on the DC Comics character Green Lantern. Berlanti co-wrote and co-produced the critically maligned Green Lantern movie, which starred a pre-Deadpool Ryan Reynolds. Since then he’s been the mind behind DC’s many superhero-based television series like Arrow and Supergirl.

The HBO show would, according to the networks’ head of original content Sarah Aubrey, be about two different Green Lanterns. Here’s how she explains it…

“Greg [Berlanti] said that I can share a few little tidbits about Green Lantern. We’re in the early stages of talking to him about it, but he did say that the series, so far, will span several decades and focus on the origin story of two major Green Lanterns from Earth, while going into the story in space and Green Lantern favorite character Sinestro.“

The plan is to debut the new Green Lantern series on the network’s streaming service, HBO Max, probably as part of a plan to pump up their subscriber numbers in much the same way Disney Plus did with The Mandalorian. 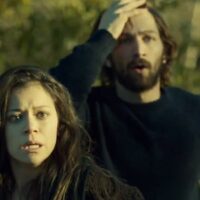 Orphan Black Gets A New Trailer And A New Streaming Home 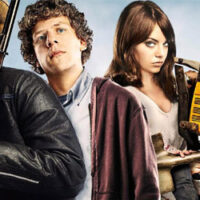