Deciding which Quentin Tarantino film is the best might sound like a tall task, as nearly every single one of his films has a positive rating in every sense of the word. Quite frankly, there isn’t a single film in his repertoire that is hated. However, this decision might come down to which of his films hits the hardest. For this writer, that would be Pulp Fiction. It could be due to the fact that this film is the one which I remember first watching as a child, or quite simply, it’s the one that I continually watch the most to this day. Either way, Pulp Fiction is the film that changed the way filmmakers looked at narrative.

There is no denying the genius that Quentin Tarantino is, and Pulp Fiction became the film that everyone remembers at least one moment from. The accidental shooting of Marvin, or Jules reciting bible verses to the poor saps that decided to try and screw Marcellus Wallace, to the scene in which Butch “saves” Marcellus. Even the dance competition with Mia Wallace and Vincent Vega is legendary. The entirety of this film is a masterclass in how narratives can be woven together to keep the audience stuck in their seats.

Even to this day, people argue about the potentiality of the Red Herring or MacGuffin that exists when Vincent Vega opens up the briefcase and his face glows with a golden color. Of course, being the drug-filled nature of this film, everyone can assume that there is some sort of gold brick heroin or some other substance in that briefcase. Then again, maybe it was a gold bar, or maybe it was nothing at all. Maybe the principal of those guys screwing over Marcellus Wallace was a lesson in not getting involved in a situation that you cannot control. Quentin Tarantino sure knows how to write a film.

This is what makes Pulp Fiction such an incredible film. There is so much subtext going on that this film has been discussed, analyzed, and picked apart well over 30 years. Even the mention that Quentin Tarantino films are all connected via a shared universe has fans teeming with excitement about connecting his other films to one another. Mr. Blonde from Reservoir Dogs is reportedly Vincent Vega’s brother. But back to the original point, in that Pulp Fiction is the film that keeps on giving. You can watch this film over and over again and see things from a brand new perspective.

Pulp Fiction currently has a 92% Certified Fresh rating on Rotten Tomatoes, with an audience score of 96%. It is the highest-rated Quentin Tarantino film, as far as that website is concerned. Pulp Fiction is the 4th highest-grossing film in the Tarantino universe with numbers that hit over $213 million. With a meager budget of $8 million, it was a monster success. Pulp Fiction won Tarantino his first Academy Award for Best Original Screenplay. Both Samuel L. Jackson and John Travolta were nominated for Best Supporting Actor and Best Actor. The film is said to have revived Travolta’s career as well.

On top of the alleged revival of Travolta’s career, Pulp Fiction was said to have revived the “noir” genre of films. Although it is said to be neo-noir, it still helped to revive a genre of film that was said to be going out of style but enter Quentin Tarantino and his want to blend and turn genres on their heads. Tarantino is a massive fan of the French New Wave cinema movement which was concerned with essentially making fun of contemporary films during the 1950s and post-war appreciation cinema. Tarantino surely pushes the envelope with his own films. In fact, his production company is called A Band Apart. This is a play on the French New Wave film, Bande a Part. He is known to mix plenty of ridiculous occurrences in his films, while simultaneously blending genres. That is certainly the case with Pulp Fiction, and as such, the film’s unique style has influenced filmmakers for decades.

Quentin Tarantino has had a storied career, and Pulp Fiction sits at the top of the mountain of importance in his films. Reservoir Dogs came out first, and he did write True Romance which was also released before PF, but PF is just the film that defined a genre. The Tarantino style was cemented by this film, and the landscape of neo-noir was forever changed. Although there are those who try and emulate the man to this day, no one can come close to how influential this film was and still is. 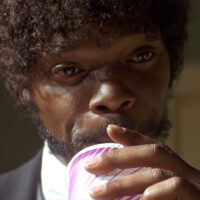 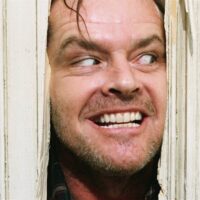 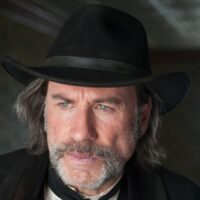