By Rick Gonzales | 3 days ago

Of all the movies being offered to subscribers by streaming giant Netflix, Tower Heist would be one of the least likely to find itself in the Top 5 in terms of popularity but that is exactly where you’ll find it. The Ben Stiller-Eddie Murphy led heist caper today finds itself as the #4 most popular film on Netflix. Surprise!

Now, it’s not like the movie is horrible. We took the liberty of running the Brett Ratner (Money Talks, Rush Hour, Red Dragon) film through the highly technical Giant Freakin Movie score algorithm, and the Ben Stiller movie settled nicely in with a 6.5 rating. So again, not horrible. But for the movie to jump into the top five can be considered somewhat a surprise.

The movie was first conceived by Murphy back in 2005 when he wanted to put together an Ocean’s Eleven-type movie that would star himself and an all-black cast of comedians that included Chris Tucker, Kevin Hart, Dave Chappelle, Tracy Morgan, and Martin Lawrence. The set-up is that they would rob the Trump International Hotel and Tower and it was originally called Trump Heist. But changes were made to the script and Murphy left the project. Ratner, who was in on it from the beginning, continued to develop the script over the years, eventually settled on the Tower Heist concept and Ben Stiller was brought on board. Murphy liked the idea and came back to the project.

Tower Heist tells the story of Josh Kovacs (Ben Stiller) who is the building manager of an upscale apartment building in New York City. The building houses one of the wealthiest men on the planet, Arthur Shaw. One night, Kovacs witnesses what he thinks is the kidnapping of Shaw but is informed by FBI agent Claire Denham (Téa Leoni) that Shaw, in fact, staged the kidnapping so he could flee the country to avoid being arrested for a Ponzi scheme he was running. Unfortunately, Kovacs now has to tell the employees under him that he invested their pensions into Shaw’s scheme and thusly lost all their money. The employees are not happy with this, who would be?

After Kovacs spills his guts, he meets up with Denham in a bar where she informs him that Shaw has concealed $20 million in his penthouse as a reserve for when he got away and that maybe Kovacs should steal it to pay back those who lost their money. The idea finally hits home with Kovacs, so he has a few other employees help him out, which include Charlie (Casey Affleck), Enrique (Michael Peña), and Mr. Fitzhugh (Matthew Broderick). But these men have never attempted something like this, so they enlist help. Enter Slide, played by Eddie Murphy.

Tower Heist took place in New York and it was Donald J. Trump himself who allowed the use of several of his buildings for the filming of the movie. The budget for the movie, at that time, was $85 million but with the New York tax incentives, it brought the budget to around $75 million.

The movie received only mixed reviews when it premiered but many noted the return to form by Murphy. Others in the cast who garnered some praise were Ben Stiller, Leoni, and Alan Alda, who played Arthur Shaw. But the mixed reviews were more relevant at the box office, where world-wide the movie only brought in $153 million.

So, the movie was neither a critical nor box office success but today finds itself as one of the more popular films on Netflix. Go figure. But go check it out anyway, it does offer a good number of smiles. 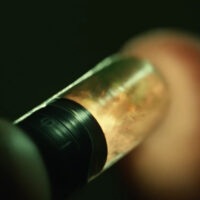