Ana de Armas’ star is on the rise. She began her acting career in Cuba but came to Hollywood in 2014 when she began to stake out her claim as an in-demand actress. In her short time in Hollywood, de Armas has already appeared in a few notable movies with a few more waiting in the wings. We decided to put her career to the Giant Freakin Movie Score test to see how it holds up.

Ana de Armas was a main cog in the Knives Out wheel, a movie that was unfortunately noted more for director Rian Johnson coming back from his highly controversial and much-hated Star Wars: Episode VIII – The Last Jedi debacle. That aside, de Armas starred in the wonderfully wild ride of a murder mystery as Marta Cabrera, the private nurse of super-wealthy mystery novelist Harlan Thrombey (Christopher Plummer). When Marta accidentally mixed up Harlen’s medications, giving him an overdose of morphine, Harlan helps her with an alibi before he kills himself.

There are many twists and turns in this movie, which turned out to be a possible career-saver for Johnson. Daniel Craig led the way as private detective Benoit Blanc. The movie also starred Jamie Lee Curtis, Michael Shannon, Don Johnson, Toni Collette, and in a great change of pace, Chris Evans. If you can keep Rian Johnson away from anything and everything Star Wars related, he isn’t a bad writer or director. If you haven’t seen this movie, give it a chance.

Ana de Armas had a supporting role in this 2017 sequel to Harrison Ford’s 1982 sci-fi hit Blade Runner. In the follow-up, Ryan Gosling stars as K, a replicant “blade runner”, an officer assigned with hunting down and eliminating rogue replicants. As he finishes one job, K finds a box buried under a tree. In it are the remains of a female replicant who died during a cesarean section. This offers proof that replicants can reproduce biologically, which was thought to be an impossibility.

K’s boss fears there could be a war between humans and replicants, so she sends him out to find the replicant child and “retire” it. De Armas is on board as Joi, K’s holographic AI girlfriend. She is able to convince K that his memories, which replicants have but are artificial, prove that he was born and not created. As K tries to unravel the mysteries, he eventually runs into the original Blade Runner, Rick Deckard (Ford). The movie ties together pieces of the original while also offering new questions of its own.

ANA ARMAS IS A GUN-RUNNING GIRLFRIEND IN WAR DOGS (2016)

War Dogs is loosely based on the true story of David Packouz and Efraim Diveroli, played by Miles Teller and Jonah Hill, two young men who won a $300 million contract from the U.S Army to supply ammunition and guns to the Afghan National Army. The movie took many liberties with the real story though it did touch on many aspects of what Packouz and Diveroli experienced. De Armas plays Packouz’s girlfriend Iz, who “helps” the unemployed David decide to team up with Diveroli to run guns when she informs him that she is pregnant. After accepting the job with Diveroli, David tells Iz that he is selling Egyptian cotton sheets, so she doesn’t worry about how dangerous a job he now has. It isn’t a surprise to find out that the new venture eventually causes more than a little strain on their relationship.

FIGHTING FOR HER LIFE IN THE INFORMER (2019)

Ana de Armas had another supporting role in The Informer, a crime thriller starring Joel Kinnaman (Altered Carbon – Season One, Suicide Squad). Kinnaman plays a reformed criminal and former special ops soldier, Pete Koslow, who now finds himself working undercover for a group of crooked FBI handlers. They want him to infiltrate a Polish mob to disrupt their New York drug trade. For Koslow to gain his freedom from the crooked handlers, he must return to a place he fought hard to get out of, Bale Hill Prison. De Armas is on board as Kinnaman’s long-suffering wife, Sofia.

Hands of Stone was actually the very first Hollywood movie that Ana de Armas filmed. Production began in 2013 with the movie being completed in March of 2014. After being bought by The Weinstein Company in 2015, it received a 2016 release. The movie told the true story of legendary boxer Roberto Duran, who was dubbed the “hands of stone” because he hit so hard. Those hands led him to a 103-16 record with 70 career knockouts. De Armas was on again as the supporting wife, not having a major role with the movie revolving around Duran, his rise as a boxer, and the contentious relationship he had with another legendary boxer Sugar Ray Leonard.

Ana de Armas continues to be one of Hollywood’s most sought-after actresses. The ambitious young star hasn’t been afraid to consistently take roles that push boundaries, appearing nude in Knock Knock, Hands of Stone, Blade Runner 2049, and The Night Clerk. She’s had a devil-may-care attitude toward her career from the very beginning and it’s paying off.

Recently, de Armas has made more news for herself with the production of one of her upcoming movies, Deep Water. She stars opposite Ben Affleck as a married couple who have fallen out of love. They begin to play mind games with each other, and things get deadly as those around them begin to die.

While the movie’s release has been COVID-rescheduled, the production is notable for both de Armas and Affleck, who are now dating each other. The pair hasn’t officially announced their relationship but have been spotted in Los Angeles together and also were seen on vacation in Havana, Cuba.

Deep Water is not the only big film Ana de Armas has coming up. The long-waited, COVID-delayed James Bond movie No Time to Die will see de Armas reunite with her Knives Out co-star Daniel Craig in his last role as the famous MI6 agent. And speaking of ambition (and maybe more nudity), also on track for de Armas is her role in Blonde. In it, she portrays the famous actress and Playboy model Marilyn Monroe. There is no release date set for the movie.

Knives Out 2: A Sequel Is Happening But Not In The Way You Expect 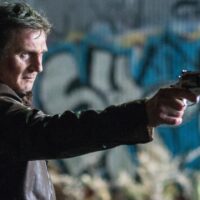 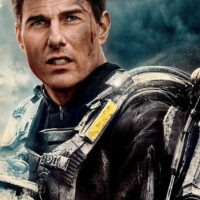