Remember the time the collective world threw itself into a tizzy to collect Beanie Babies? Well, this writer certainly does. Some readers might not have been old enough at the time to remember this, but people got themselves into a craze in the mid-’90s, collecting Beanie Babies. What’s a Beanie Babie? It’s merely a small stuffed animal. That’s it. A new documentary called Beanie Mania is set to air on HBO Max this week starting on December 23.

Beanie Mania is certainly at the forefront of this trailer, making all of us ask why this was an obsession at all.

Why people got themselves nearly tramped for a stuffed animal is hard to understand, but the ‘90s were full of crazes like this one. The same situation happened when the Furby came out. The above trailer gives the world a deeper insight into the absolute madness that people were going through at the time when it came to Beanie Babies. The trailer showcases some of the prices of Beanie Babies, which would have accounted for a lot of money in the ’90s. One person was talking about a certain Beanie Baby going for 900 dollars. Beanie Mania was certainly an odd time to witness.

The mid-’90s were special in that this was the first time that dial-up internet was also being put in homes nationwide, which led to online marketplaces showcasing their Beanie Babies and causing the Beanie Mania to spread even further. There is a small bit about this revelation in the trailer, with interviewees laughing at the ridiculous noises phones and computers would make if the dial-up internet was hooked up.

Beanie Mania’s trailer shows the filmmakers talking to people that were clearly deeply embedded in the craze. Their goal was to collect every single one. The trailer shows one woman claiming that “someone offered me $150,000 for my collection, but I said no.” According to Dollartimes.com, $150,000 in 1997 would have the buying power of $246,350 in 2021. That is a lot of money for a Beanie Babie.

The trailer shows a man speaking on behalf of the TY company’s (manufacturer of the Beanie Babie) headquarters in Canada. The Beanie Mania in the ’90s had grown his revenue from $2 million in 1996 to $27 million in 1997. In just one year, his revenue had nearly been 14 times as much. That is significant growth. People have been collecting for quite some time, and memorabilia collecting has grown exponentially since then, but seeing people lose their composure over a stuffed animal never made much sense. Think about how huge the Funko Pop craze is right now, but tons more trampling going on. Scenes in the documentary look like people fighting over big-screen TVs during Black Friday.

Beanie Mania is certainly going to be a fun one to watch during Christmas, as families are gathered to seemingly show off the loot that they will be adding to their growing collections. Should you get a Beanie Babie from your Grandma, you might want to check what it’s worth on eBay. Likely not a lot, as that craze has come and gone. At least we can watch the documentary and discover there there is a Beanie rap, to the surprise of most. 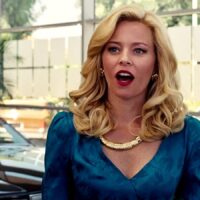